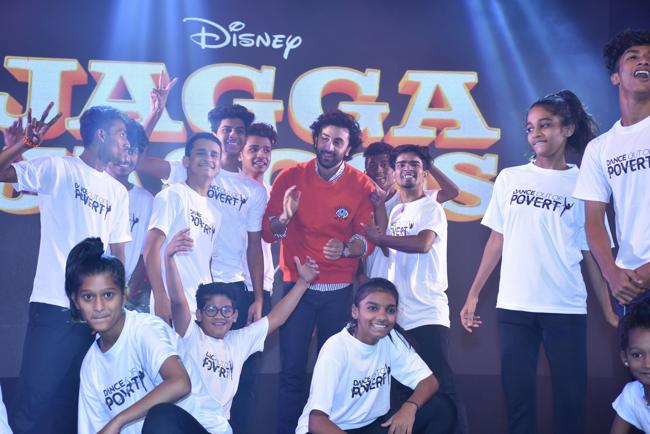 The event was full of entertaining activity where the students wear Jagga mask and sit accordingly as per the colours. The programme was started with students dance on the film songs ‘Ullu ka Pathha’ and ‘Galti se Mistake’ and enjoy. Ranbir cant stop himself and joined the students on stage and match steps with them.

Ranbir took part in the Q&A competition where the students were told to give answers to the questions related to the film. Ranbir not only interacted with the students but shared his childhood memories with them.

The whole nation is impressed with the unique hairstyle of Jagga and Ranbir chose some kids and with the help of stylist tried the hairstyle on them.

Jagga Jassos is a film which showcase the up and downs and daredevil acts of Ranbir Kapoor and Katrina Kaif playing the roles of Jagga and Shruti. The trailer and songs of the film already make waves and now the audience are eagerly waiting for its release. The film is a story about the son searching for his missing father. The film will be released on 14th July 2017.