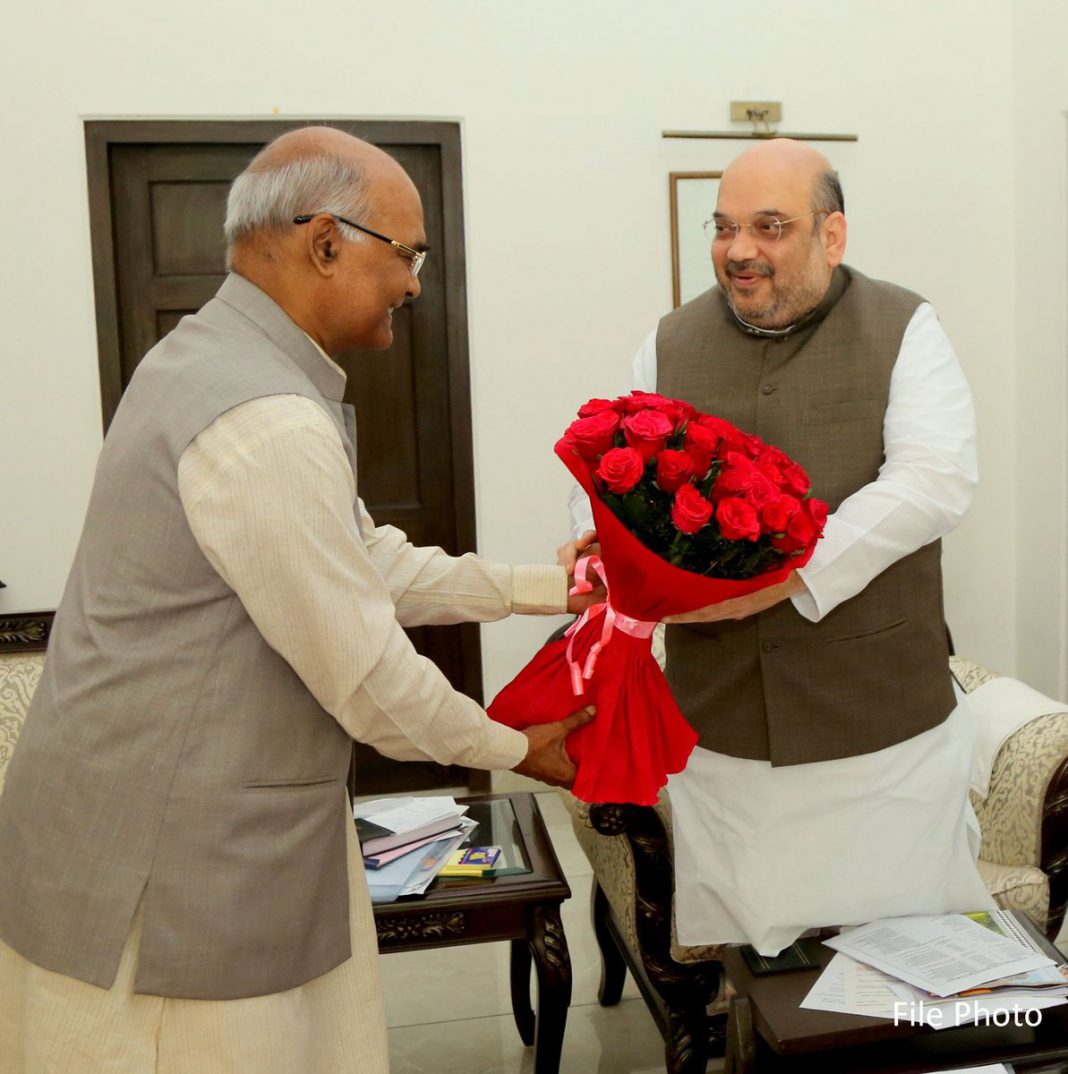 The Bharatiya Janata Party proposed the name of Bihar Governor Ram Nath Kovind as their candidate for the upcoming Presidential election.

He is a 71 year old dalit leader from Kanpur. Previously he was elected to the Rajya Sabha from Uttar Pradesh.

Reacting to the development, NDA ally at the Centre, Shiv Sena said the BJP should have consulted its allies before naming the candidate. Sena MP Sanjay Raut, speaking with news channel NDTV, said: “You made a three-member committee, Amit Shah has met other leaders, then what is the point in all this… They (BJP) have the complete freedom to choose the candidate, it is the biggest party, they lead the NDA, we have trust in the prime minister… BJP should have discussed the name with all the NDA constituents.”

The party’s parliamentary board met on Monday to discuss the names for the election. Prime Minister Narendra Modi chaired the meeting, and BJP national president Amit Shah and Union Ministers Rajnath Singh, Arun Jaitley, Venkaiah Naidu, Sushma Swaraj Nitin Gadkari were among those in attendance.

Earlier, the party constituted a three-member team to pick a candidate for the election. Venkaiah Naidu and Rajnath Singh, who are part of the team, met Opposition leaders to discuss the issue. The BJP has also reached out to their ally at the Centre, Shiv Sena. Opposition parties were, however, noncommittal on the issue as the BJP team did not discuss any names with them. Ruling out support for a candidate with a Hindutva background, the broad consensus among the Opposition is that the candidate must have strong liberal and secular credentials.

Meanwhile, several BJP lawmakers were called to the national capital to act as signatories for the nomination papers. A total of 50 nominators and 50 seconders are required to back a candidate eligible to stand in the election. The election hinges on the Opposition’s decision to field their own candidate, if they fail to arrive at a consensus with the ruling BJP. However, the BJP has the numbers to see its candidate through the election.