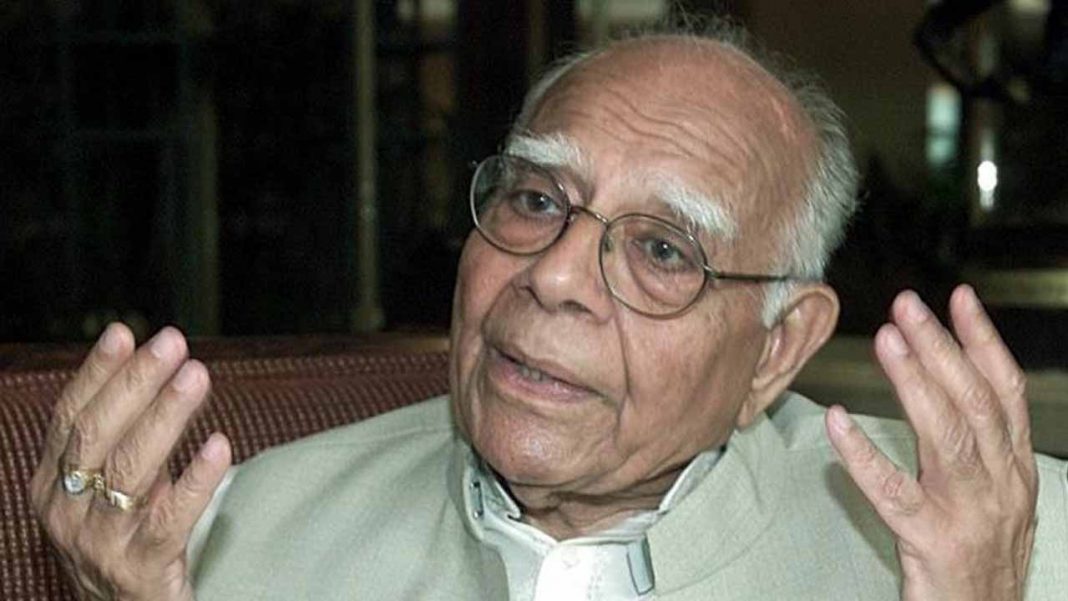 Ram Jethmalani breathed his last at 7:45 am at his official residence, his son Mahesh Jethmalani told news agency PTI, adding that his father had not been keeping well for a few months. Mahesh Jethmalani said his father’s last rites will be performed on Sunday evening at the Lodhi road crematorium.

From appearing in the famous KM Nanavati versus State of Maharashtra case in 1959 to the multi-crore 2G scam in 2011, from being LK Advani’s defence in the Hawala scam to fighting for Arvind Kejriwal in a defamation case filed by Arun Jaitley, Jethmalani has been part of many high-profile cases in the court of law.

Ram Jethmalani was also a member of the current Rajya Sabha. He is survived by his son Mahesh Jethmalani, who is also a noted lawyer, and a daughter. His other daughter, Rani Jethmalani, had passed away in 2011.

One of the best aspects of Shri Ram Jethmalani Ji was the ability to speak his mind. And, he did so without any fear. During the dark days of the Emergency, his fortitude and fight for public liberties will be remembered. Helping the needy was an integral part of his persona.