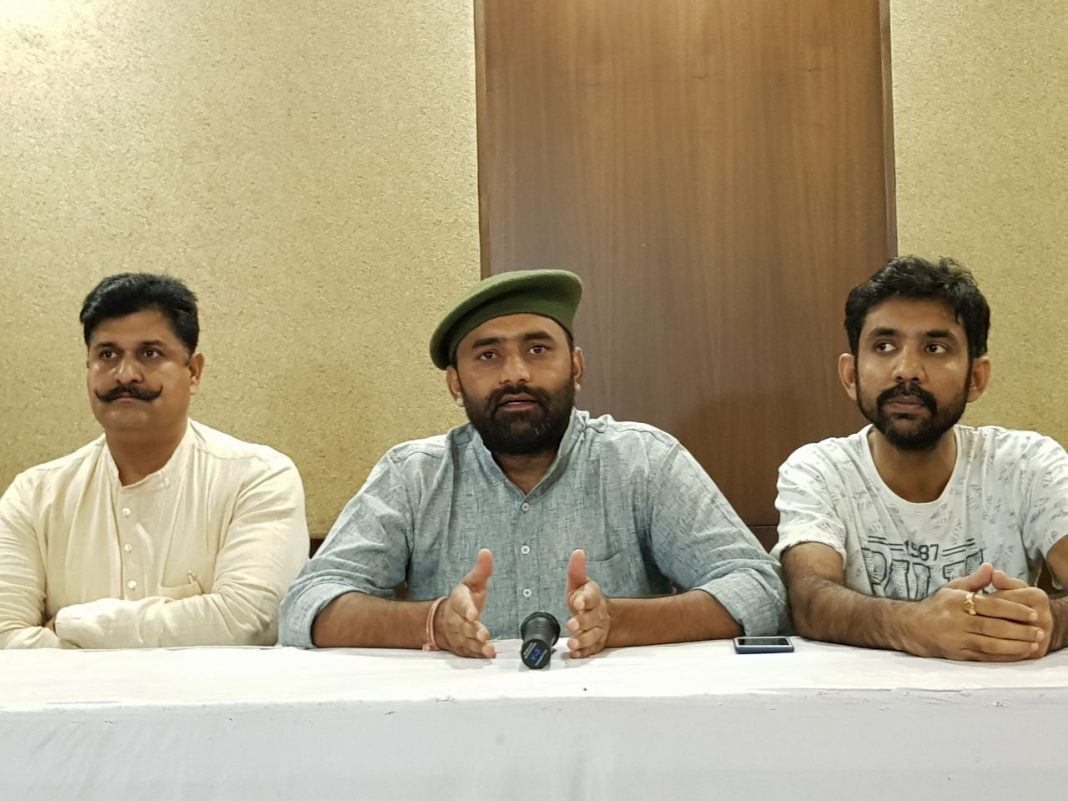 Taking forward their agitation against film Padmavati the Rajput Karni Sena invite the Rajputs from all across the state to join them at Gandhinagar on 12th November. The sena also threaten for aggressive agitation if the film release without their concent.

For the past many months the Rajput Karni Sena demands to stop the release of film Padmavati. They said the makers twist the history in the film and shows Rani Padmavati in such a way that can hurt the sentiments of Rajputs. Taking forward their agitation they all will gather at Gandhinagar and press forward their three demands between the Rajputs of Gujarat.

“The first and most important is to discuss the future course of action regarding the release of film Padmavati as the makers hurt the sentiments of Rajputs. Secondly for the Rajput youths we want to raise the issue of reservation and finally to see which political party speak for them and that decide which one to support in the upcoming elections,” said Mahipalsinh Makrana President Rajput Karni Sena.

He said the film makers didn’t approach them before the release of song and trailer which is a clear breach of contract. As far as the content of the film is concerned he said all the thing they came to know from the newspapers.

“In a interview of Ranbir Singh plays the role of Alauddin Khilji in the film he said to be romancing Deepika Padukone in any character she plays. In the film she plays the role of Rani Padmavati the proud of Indian women and such a interview is insult to the legacy of her. The makers contract with us not to release anything without our concent but they already release the song and trailer which is a clear breach of contract and they already files a writ in Rajasthan highcourt,” said Makrana.

On their agitation he said the makers till date not contacting them for the preview of the film and that forced them to agitate. They are visiting Hindi speaking states to take their support and also approached the Rajputs in Gujarat to raise their voice. As far as the release of the film is concerned their agitation continues and where the film goes it brings serious implications. He also put the government and the filmmakers responsible for whatever happens at the release of the film.