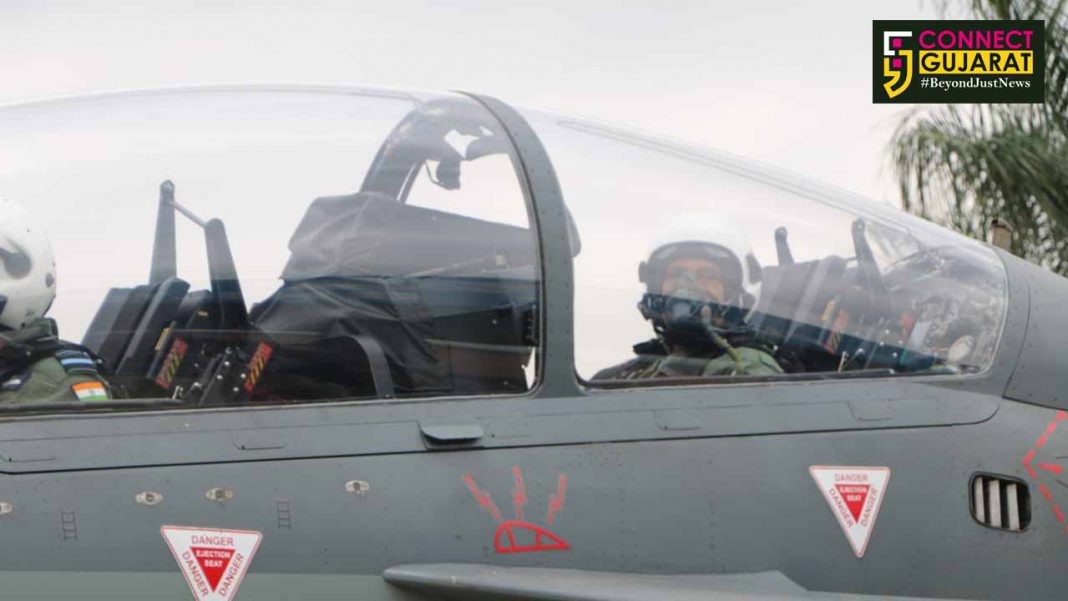 Defence Minister Rajnath Singh on Thursday flew in the Tejas fighter aircraft from the HAL airport in Bengaluru. Becoming the first defence minister to fly in the light combat aircraft (LCA).

Rajnath Singh to fly in Tejas LCA
1 of 6

The minister flew in the twin-seater  assault version of Tejas from HAL airport in Bengaluru. Wearing a G-suit, Rajnath Singh had earlier on Thursday posted photos on Twitter saying “all set” for the big day.

A defence ministry official on Wednesday said the minister would be “taking a sortie” in order to boost the morale of officers who have been involved in the development of “indigenously-made Tejas.It will also boost the morale of IAF pilots who are flying these aircraft,” He has also shared some inspiring pics before running in tejas LCA.