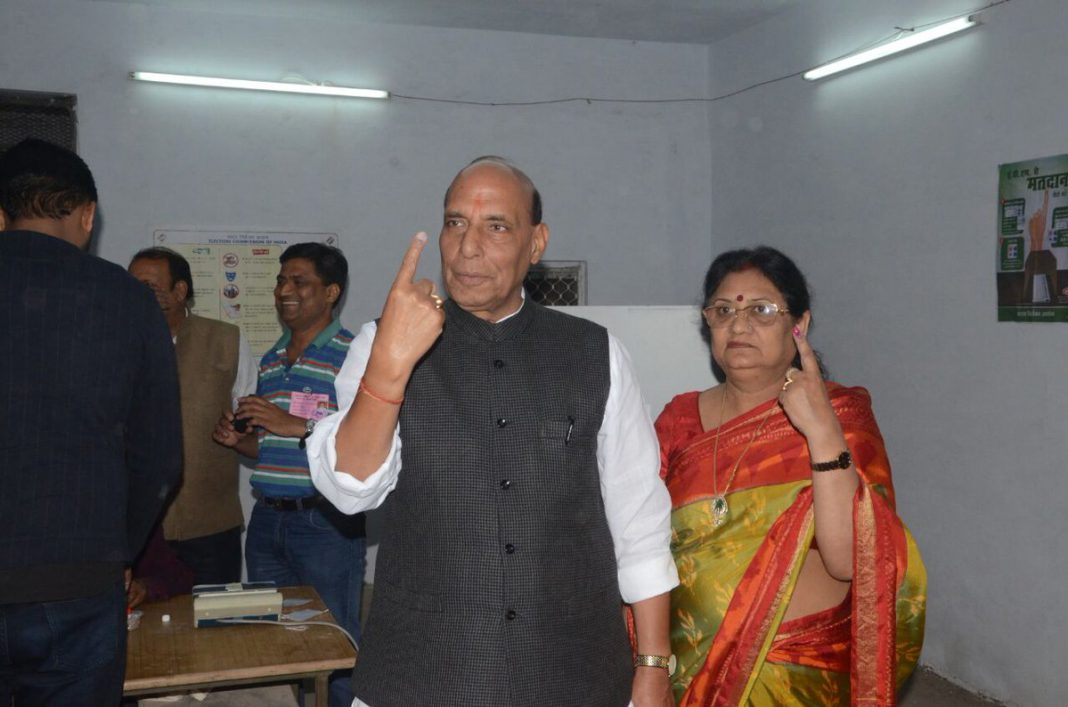 Accompanied by his wife Savitri Singh, the Home Minister cast his vote at the PWD polling station.

Refusing to make any political statements, Singh urged the people to come out and vote.

“Election is a national festival and I urge people to turn up to vote and also encourage their neighbors, friends, relatives to vote,” he told the media.

Earlier on Sunday, his son and Bharatiya Janata Party candidate from Noida, Pankaj Singh cast also his vote in Lucknow and claimed an overwhelming support from the BJP.

“There is a ground swell of support in the state for our party and I am confident that we will win over 300 seats,” he said.

A total of 2.41 crore voters will decide the fate of 826 candidates in third phase polling comprising 12 districts.