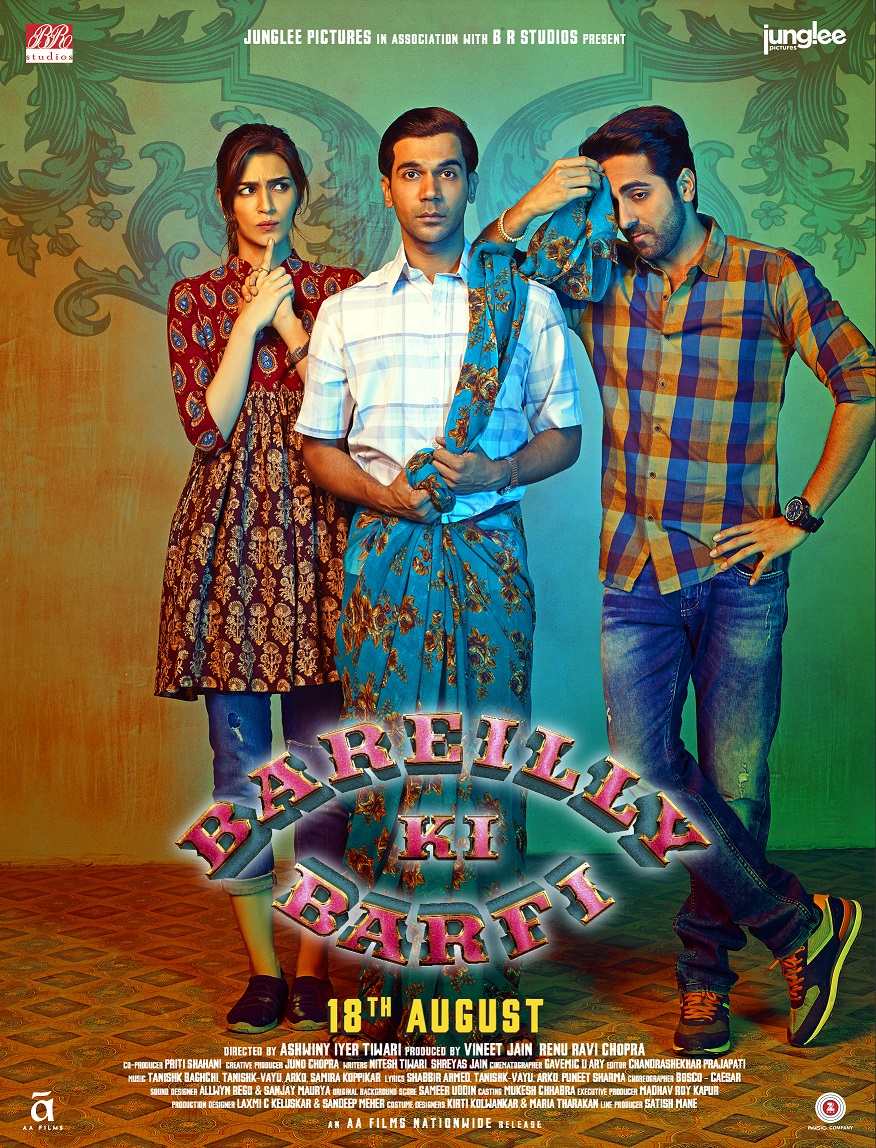 The new poster of Bareilly Ki Barfi is interesting as Rajkumar Rao is wearing saree with Kriti Sanon and Ayushman Khurana looking on him. The trailer shows Pritam Vidrohi as a saree salesman in a store and the poster is showing something different story of the film.

The character of Rajkumar Rao as Pritam Vidrohi is in dual avatar with one a silent and horrified saree seller and another a rowdy. The poster shows the innocent Rajkumar Rao wrapped in a saree and Kriti seems in delimma and Khurana helplessly stared at him.

The new poster of the film is surprising like the colour film. Flashing poster and wonderful trailer attracts the audience earlier and now the new poster also makes them happy. The film considered to be the most entertaining and tasty film.

The film revolves around a small town girl Bitti with big dreams who is in search of her groom. The duo of Rajkumar Rao and Ayushman Khurana compete for their love.

The trailer as well as the songs ‘Sweety Tera Drama’s and Nazm Nazm is creating waves. The new song Twist Kamaria the break dance of Kriti Sanon and chemistry of Bitti and Chirag is appreciable.

Ashwini Ayyar Tiwari, Juno Chopra and Dangal writer Nitesh Tiwari and Shreyas Jain is behind the beautiful film. Kirti Sanon, Rajkumar Rao and Ayushman Khurana will be seen for the first time in a film. While this is the second film of Ashwini Tiwari as director. The film will release on 18th August 2017.