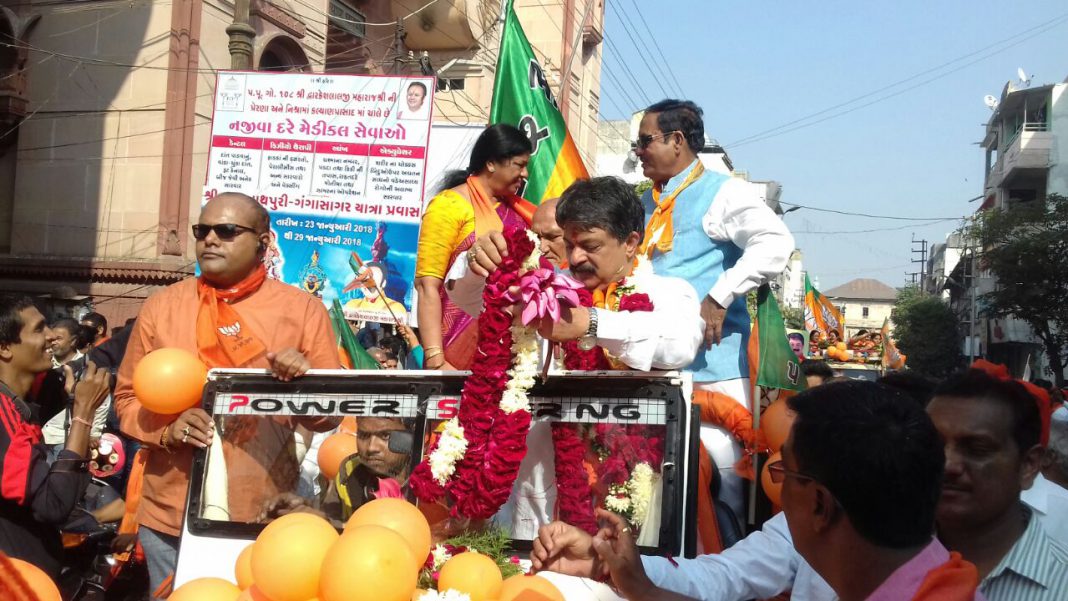 Gujarat state sports and cultural minister and BJP candidate from Raopura Rajendra Trivedi files his nomination on Friday after a big rally in Vadodara city. He was accompainied by MP Ranjan Bhatt, Mayor Bharat Dangar and many senior leaders and supporters. He said the party will win 150plus seats in the upcoming elections.

The procession starts from Kalyanrayji temple in Mandvi and reached collector office after passing through various parts of the city. BJP supporters along with DJ reached the election office where Rajendra Trivedi files his nomination papers.

He thanked the party of keeping faith in him and gives him the ticket to contest in the elections. “For the last five years I make sure to develop my Raopura area and till date 1200 crore worth work completed here. As Sports minister in the last one year Gujarat becomes a sports leading state in the country. Starts new initiative Kala Mahakumbh and Shraman Tirth Yatra for senior citizens are other schemes. We have the faith people and they will vote for the BJP and help to win 150 plus seats in Gujarat,” said Trivedi.