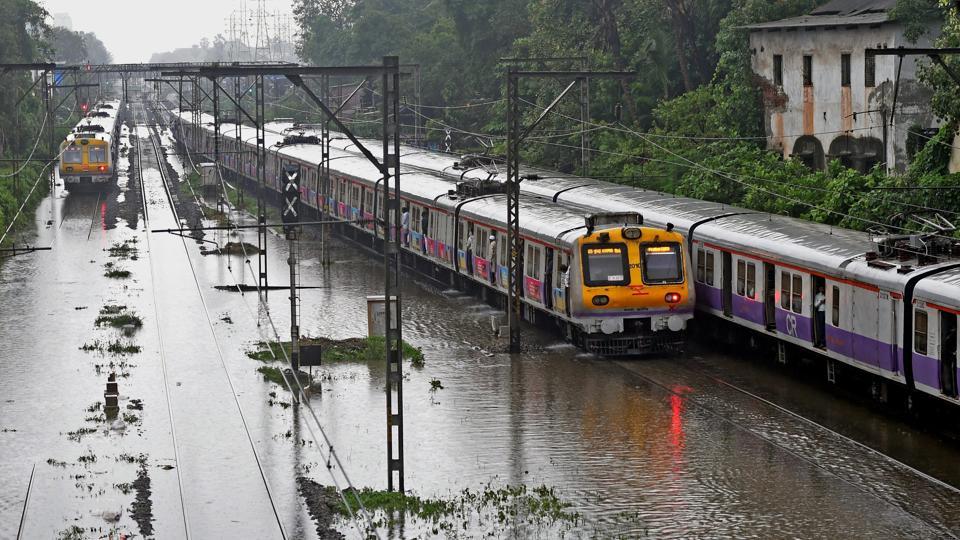 The city's lifeline, the Western Railway (WR) and Central Railway (CR) were running late by around 15-20 minutes due to waterlogged tracks at various points on the network, causing misery for millions of morning-peak hour commuters.

After the Gokhale Bridge incident in Andheri which left one woman dead, the WR on Sunday announced continued closure of the northern carriageway and the footpaths -- the Kalanagar road overbridge(ROB) - south cantilever portion footpath at Mahim, the old Vasai Road ROB and the skywalk portion at Malad foot overbridge (FOB) as a precautionary measure.

The BrihanMumbai Municipal Corporation (BMC) said the catchment areas of all the lakes supplying drinking water to the city of 18 million, received good rains, bringing a cheer to the Mumbaikars.

In the past 24 hours, Mumbai received an average of 144.3 mm rains, making it one of the wettest spells in the current monsoon, with forecast of heavy to very heavy rains in the entire coastal belt over the next 48 hours till Wednesday, the IMD said.

Since the past 72 hours, six people were killed in rain-related incidents in the Mumbai metropolitan region (MMR) in different districts.

Around a dozen tourists trapped near a swollen waterfall in Ratnagiri were rescued by a group of mountaineers and hikers, and some schools in flood-prone areas have declared a precautionary holiday on Monday.