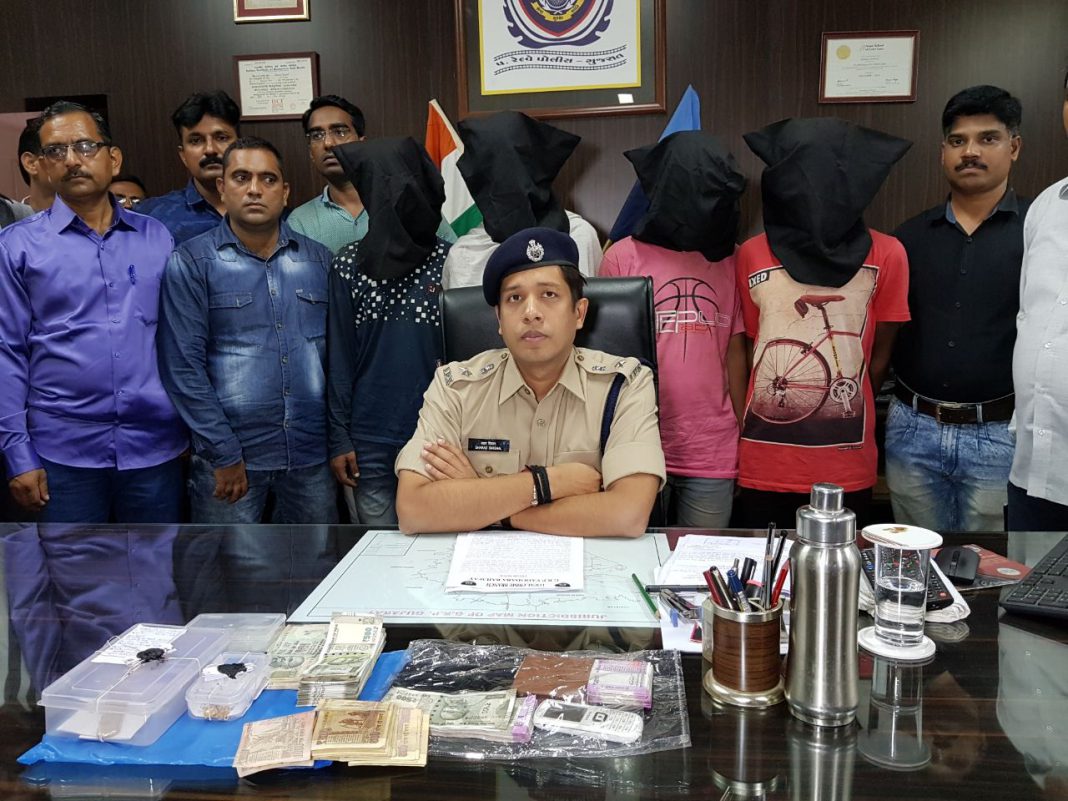 Railway police busted a out station gang from Delhi for robbed a NRI woman on board express train. The accused are active in the state and earlier also involved in various offences in Gujarat as well as other states. The police also recovered half of the amount and rest to be recovered.

As per the details NRI Vina Depala 49 from Surat was robbed of her purse on board Hapa Tirunelveli express by some unknown assailants on 6th August 2017. She was also beaten up by the accused before they snatch her purse and ran away. The purse carries 5lakh cash, gold jewellery, mobiles, British passport, pound, driving license and others worth around 14.30 lakhs. A complained was registered at Anand railway police station. 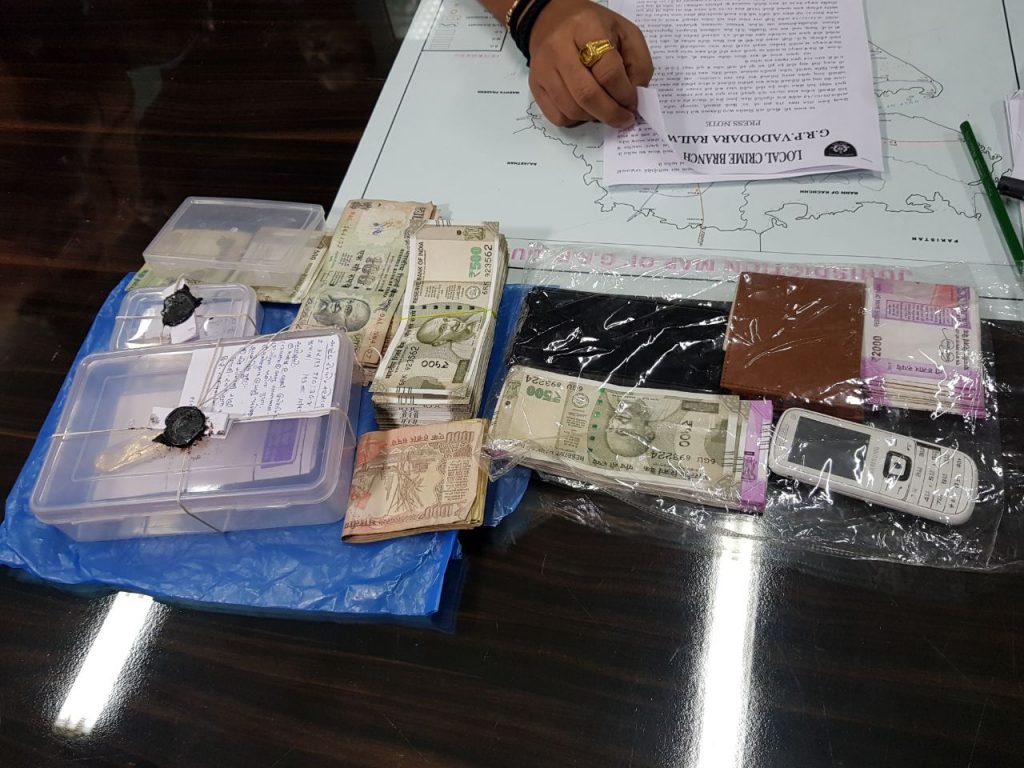 While investigating a team was sent to Delhi and with the help of technical sources and others police arrested the accused along with the leader Manish Rajput.

“We formed the team to investigate in the matter and checked the cctv footage of Ahmedabad and Anand along with the nearby hotels. We managed to zero in on the outstation Delhi gang operating in the state. The gang leader Manish Rajput along with the others were arrested by the police with the help of Haryana crime branch. All of them were brought to Vadodara after getting transit remand from the Faridabad court,” said Sharad Singhal SP Western Railway Vadodara. 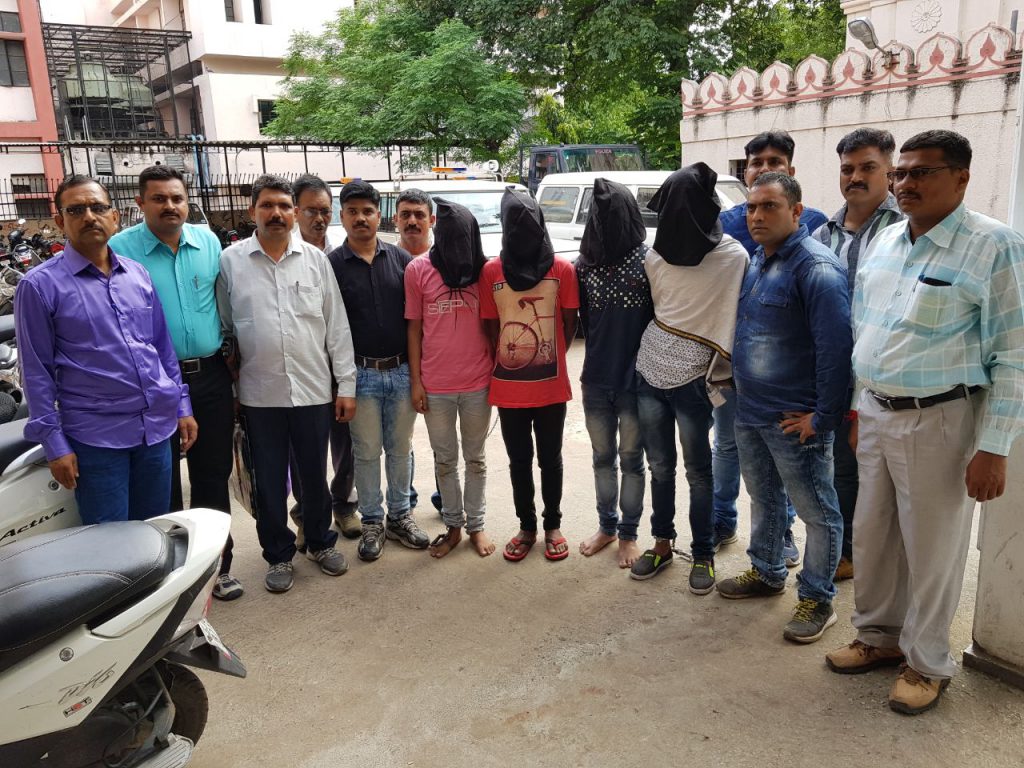 Police recovered half of the amount from the accused and police is further investigating to recover rest of the amount. “The main leader Manish Rajput earlier involved in purse snatching in 2016 and lost his hand while trying to jump from a moving train. Wasim Pathan also involved in purse theft and Gautam  Gupta is involved in firing incident. Manoj Sharma also has a crime record against him and just out from Bharuch jail. We are further investigating about their involvement in such crimes in other states also,” said Singhal.