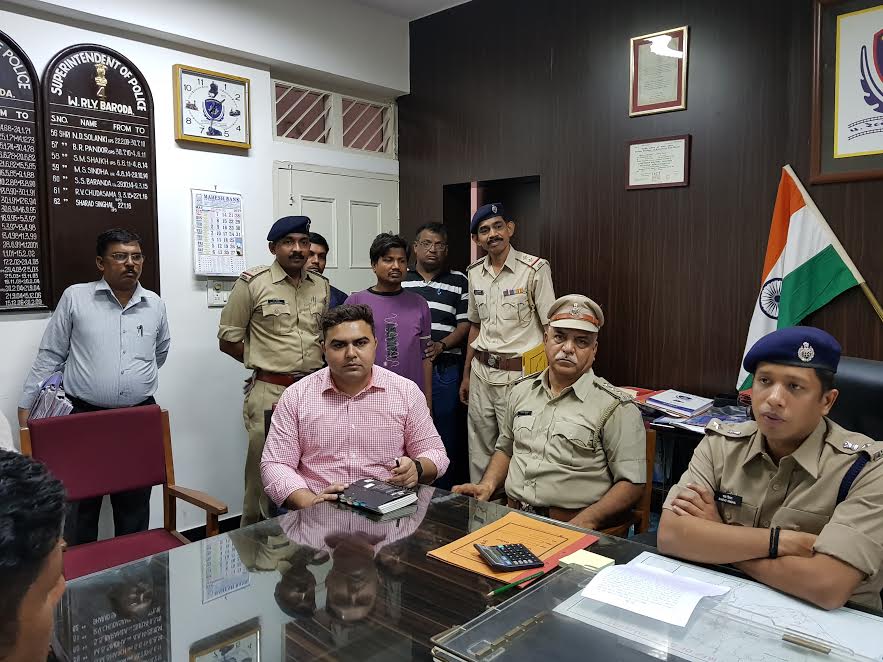 Vadodara Railway police cracked the three cases of NDPS registered in Surat and arrested the main accused Valmiki Trinath Shetty from Surat and get Seven days remand for him. The accused was arrested from Surat Malawad area where he stocked the consignment and distributed to other cities of Gujarat.

In 2016 the Gujarat Railway police registered three cases of NDPS in Surat where they seized total 51lakhs 77,400 worth of Ganja from various places at Surat railway station and on board trains. Investigating the three matters the Vadodara railway police managed to arrest the main accused Valmiki Trinath Shetty from Surat and get Seven days remand for him.

“The accused get the consignment from Ganjam Odisha and stocked in Surat at a makeshift place in Malawad area. From there he sent the Ganja to various cities like Ahmedabad, Jamnagar, Mehsana, Bharuch, Amreli. As per primary details every month they get nearly 1000kgs of Ganja from Koraput Malkangiri and then they stocked it here and send to the cities,” said Sharad Singhal SP GRP.

The accused started the Ganja business three years ago and from the income he purchased a flat, bike and auto which he use to ferry the consignment. The accused is married having two children and also have two houses in Surat.

“In the month of March the Ahmedabad Crime Branch arrested Tiwari brothers and one is in Sabarmati jail and another one revealed that he took the consignment from Valmiki Shetty. The M.O. is that they loaded Ganja on board train towards Gujarat and then they unloaded it in Nandurbar and then in near Surat. The rate starts from 5000rs per kg and then it went on as per the requirement by the cutomers. We also found that the accused has the network in Vadodara also and the carriers even deliver the Ganja to the colleges also in cities of Gujarat,” said Singhal.