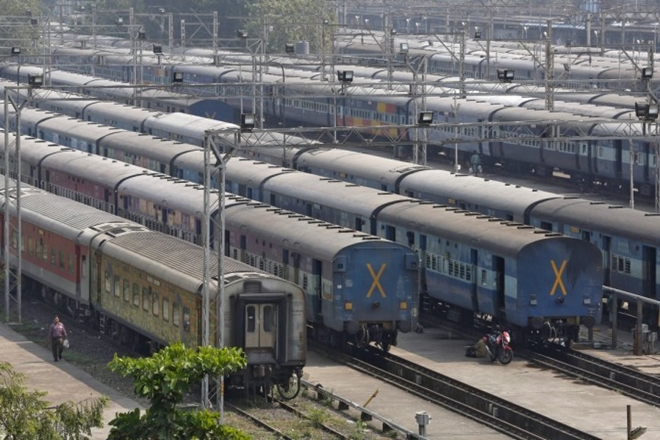 In keeping with the Government's focus on strengthening the Railways network in the country the General Budget 2018-19 has enhanced the allocation for the Ministry.

Presenting the Budget in the Parliament here today, the Union Minister for Finance & Corporate Affairs, Arun Jaitley said that Railways Capex for the year 2018-19 has been pegged at Rs.1,48,528 crore. A large part of this will be devoted to capacity creation.

18,000 kilometers of doubling, third and fourth line works and 5000 kilometers of gauge conversion would augment capacity and transform almost the entire network into Broad Gauge. Jaitley also said that 4000 kilometers of railway network are to be commissioned for electrification during 2017-18.

Arun Jaitley announced that 12000 wagons, 5160 coaches and approximately 700 locomotives are being procured during 2018-19, and the work on Eastern and Western dedicated Freight Corridors is in full swing. A major programme has been initiated to strengthen infrastructure at the Goods sheds and fast track commissioning of private sidings.

Jaitley has assured that adequate funds will be available under Rashtriya Rail Sanraksha Kosh. Over 3600 kms of track renewal is targeted during 2018-19. There will be increasing use of technology like Fog Safe and Train Protection and Warning System. 4267 unmanned level crossings in the broad gauge network will be eliminated in the next two years.

Modern train-sets with the state-of-the-art amenities and features are being designed at Integrated Coach Factory, Perambur. First such train-set will be commissioned during 2018-19. Redevelopment of 600 major railway stations is being taken up by Indian Railway Station Development Co. Ltd.

The Finance Minister has informed that 90 kilometers of double line tracks are being added to Mumbai's transport system at a cost of over Rs.11,000 crore. 150 kilometers of additional suburban network is being planned at a cost of over Rs.40,000 crore, including elevated corridors on some sections. In Bengaluru, a suburban network of approximately 160 kilometers at an estimated cost of Rs.17,000 crore is being planned to cater to the growth of the metropolis.