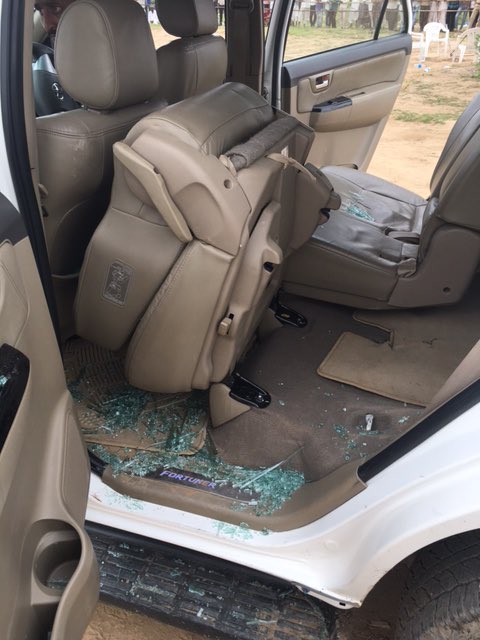 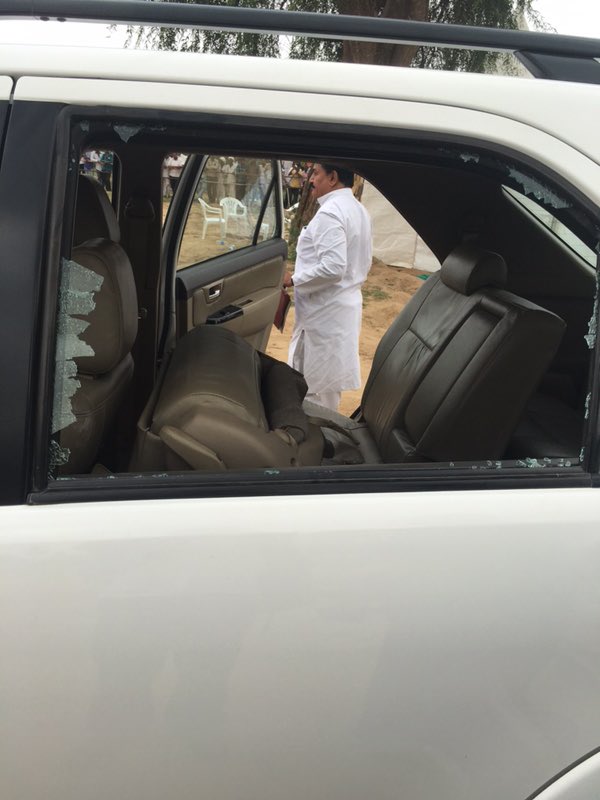 Gandhi, who arrived here on Friday on a day-long visit to flood-affected regions of north Gujarat, flew down to Dhanera straight from flood-affected Rajasthan areas and spoke to people from Manotra village as well as surrounding areas, before proceeding to the town’s agriculture produce marketing yard to meet the farmers and traders there.

Later, as he reached Lal Chowk in Dhanera he met with crowds showing him black flags and shouting slogans for Prime Minister Modi while protesting against him. 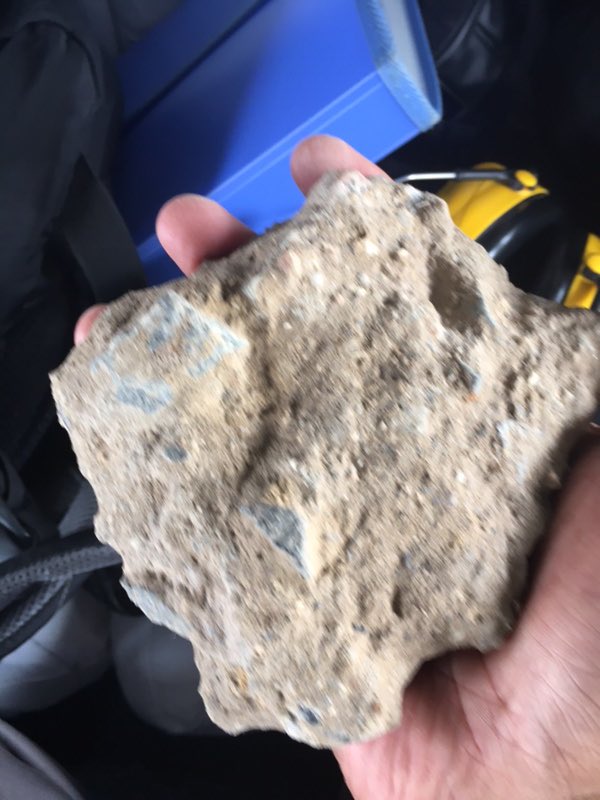 Rahul Gandhi was to address a brief public meeting in Lal Chowk but it had to be cancelled after he was heckled. Police lathi-charged the people to disperse them and Gandhi left the scene.

Even as his car moved on, people pelted water pouches at his cavalcade. He later proceeded on a visit of flood-hit villages of Banaskantha district. As he was going to Dhanera helipad, his car was pelted with stones and some window panes were shattered. 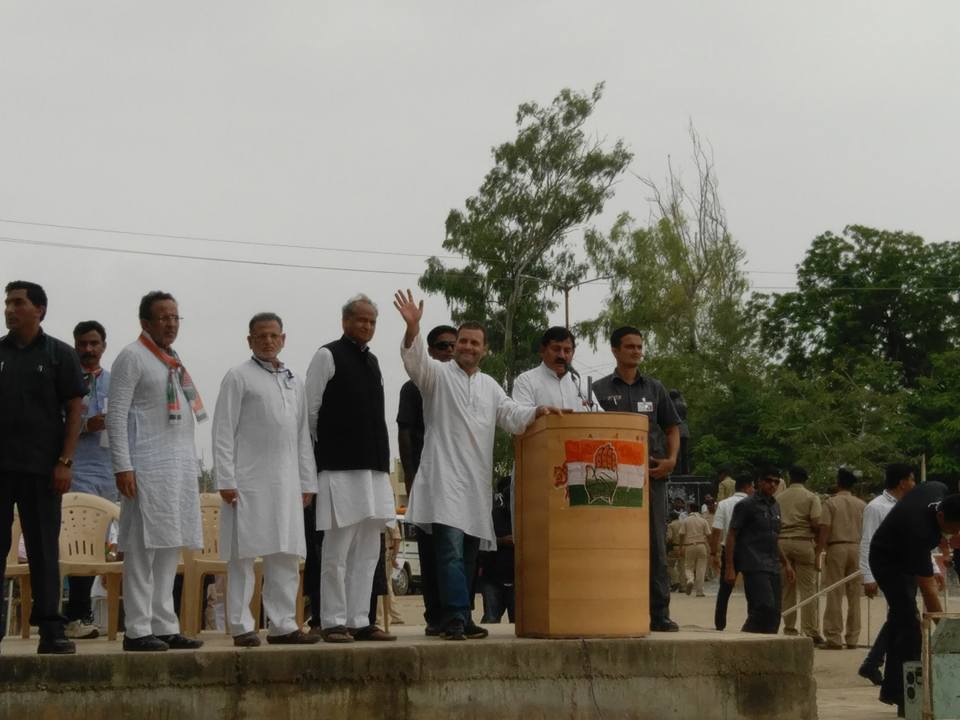 Gandhi is to take a tour of Banaskantha and Patan districts, which are the worst affected regions in the floods in the state in 70 years. North Gujarat is otherwise a drought-prone region.

Regarding this incident Political advisor of Congress Chief Sonia Gandhi tweeted that, “Strongly condemn the attack on Rahulji’s convoy in presence of police. Is it possible without state connivance?”

Strongly condemn the attack on Rahulji's convoy in presence of police. Is it possible without state connivance?

Gujarat CM Vijay Rupani tweeted against Congress that ,”The perpetual tourist, Shri @OfficeOfRG came to Gujarat but the people of Gujarat are asking- where are our INC MLAs in this crucial time?” 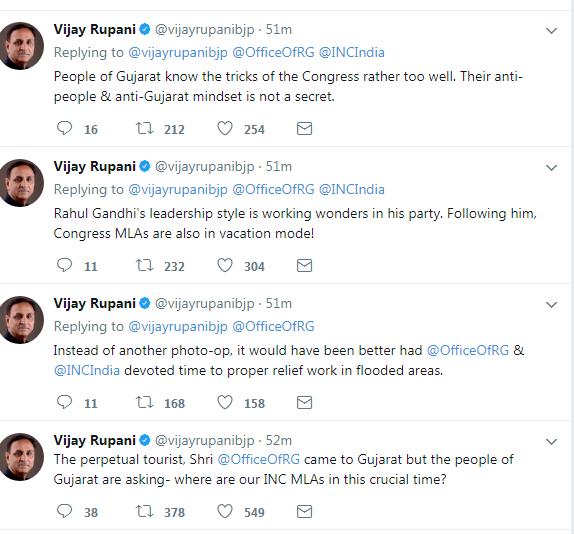