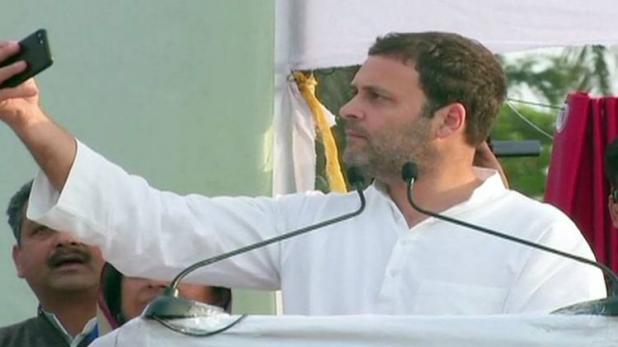 Just before two days of Himachal poles, Congress vice-president Rahul Gandhi is organising huge public meetings there. While rallies organized by the name ‘ Vikas se Vijay ‘, Rahul strongly criticized Prime Minister Narendra Modi, while at the same time he attacked his government and policies too.

In the meantime, Rahul also took the ambitious plan of the Modi Government of Make-In-India. Rahul took the mobile in selfie mode on the stage in a meeting held in Chamba and said that these phones should be made in India.

Rahul said, “I want to see the day when Chinese youth take such selfies and move the phone, then it is written on ‘Made in Himachal Pradesh’ or ‘Made in India’.