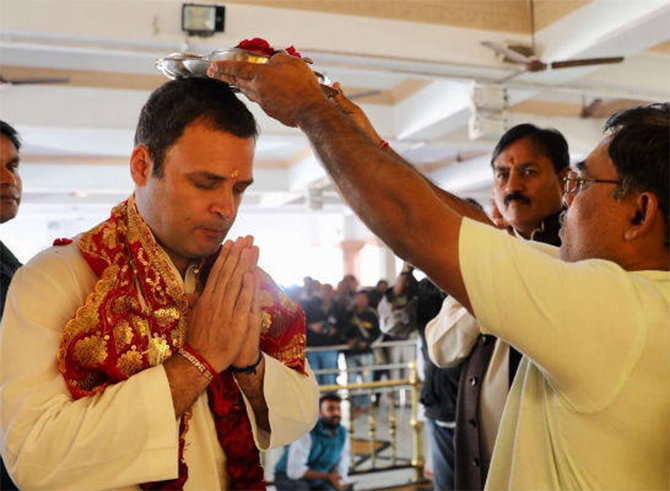 After landing at the Jindal airstrip, Rahul will take a helicopter ride to Hospet near Hampi, the world heritage site and the capital of Vijayanagara empire.

The first rally will be hosted at Hospet, after that he will visit the famous Huligemma temple nearby before crossing the river Tungabhadra to enter Koppal district. In Koppal, he will pay a visit Gavi Siddeshwara Matt before addressing a few public meetings.

In Gulbarga, he will visit the famous Khwaja Bande Nawaz Dargah which is a holy place to both Hindus and Muslims.

On the fourth and last day Rahul Gandhi will tour the northernmost district of Bidar before returning to New Delhi.

Earlier Rahul had gone to 27 temples in his 85-day campaign in Gujarat. Let us know that Karnataka has assembly elections in the coming months. Currently there is a Congress government led by Siddaramaiah in Karnataka.