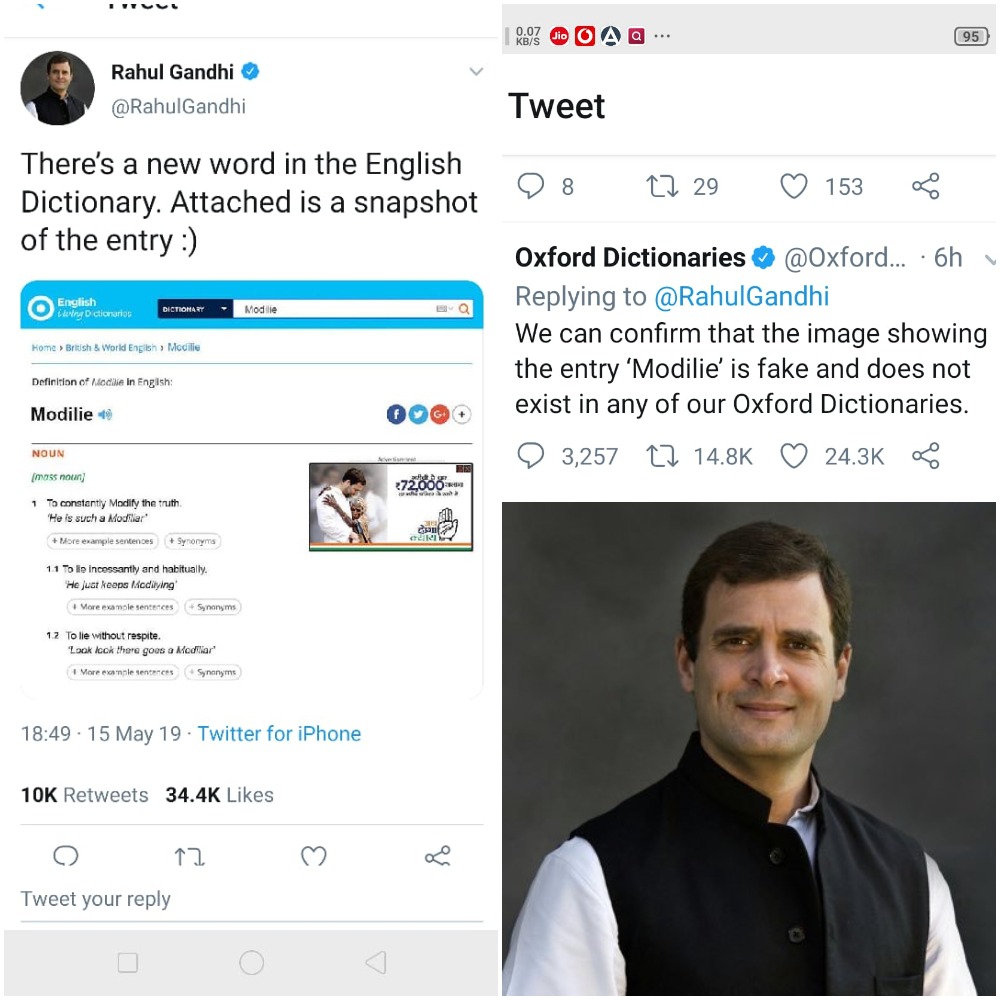 Political wars is at its peak as India will go into the last phase of elections before the luck of the candidates sealed inside the EVM. One again Congress president Rahul Gandhi is in news for his tweet addressed to Oxford dictionary.

There’s a new word in the English Dictionary. Attached is a snapshot of the entry 🙂 pic.twitter.com/xdBdEUL48r

In his recent tweet Rahul Gandhi shared a image and claimed there was a new word in the English language “Modilie” in the dictionary.

We can confirm that the image showing the entry ‘Modilie’ is fake and does not exist in any of our Oxford Dictionaries.

Replying to the tweet Oxford Dictionary said the image he shared was “fake” and “does not exist”. The tweet however gone viral in social media and also started a war of words.