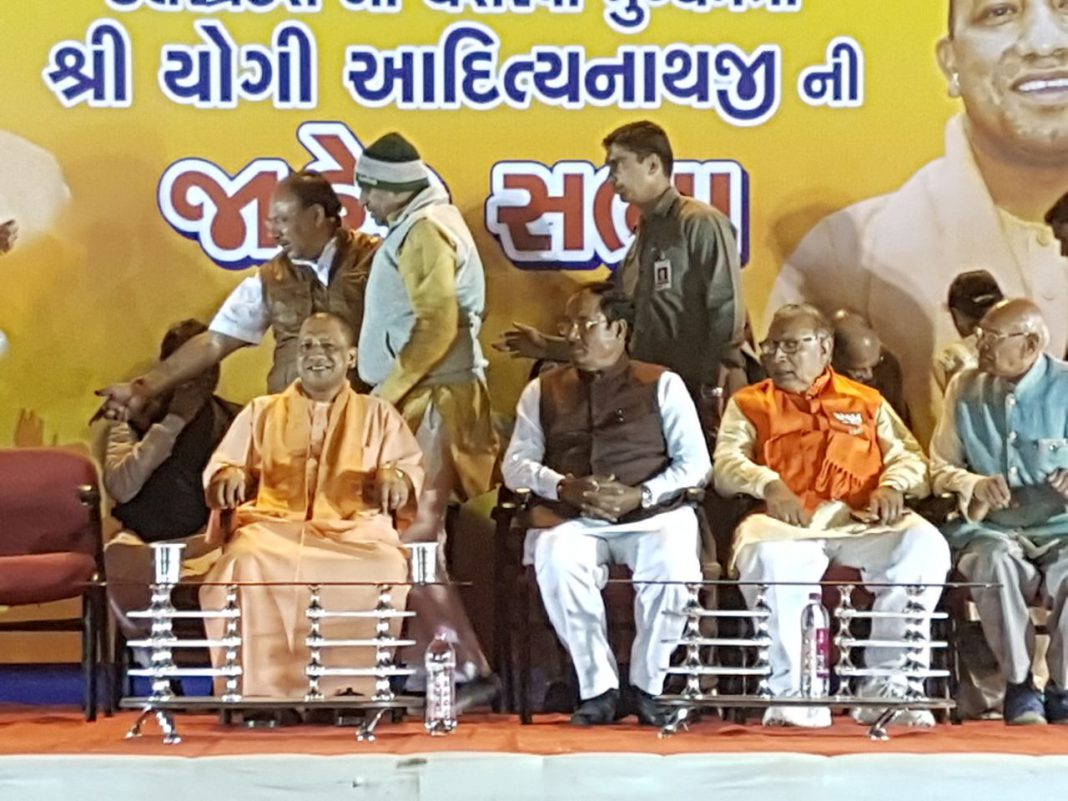 Yogi Adityanath was in Vadodara and said happy to be in Vadodara after completing the first day final day campaigning. He attacked the Congress for playing the caste and religion card to divide the country and now it’s time for people of Gujarat to vote for development and the Gujarat model.

Came here in the city to campaigning for Sayajigunj BJP candidate Jitu Sukhadia he said everyone eyes is on Gujarat elections and it’s up to the public to take the decision on Gujarat model.

Attacking Rahul Gandhi he said Congress and Rahul Gandhi plays the divide card not the development one. They don’t think about anything and in their rule in 1995 the state of Gujarat saw riots and corruption which the BJP stopped and that they don’t like. 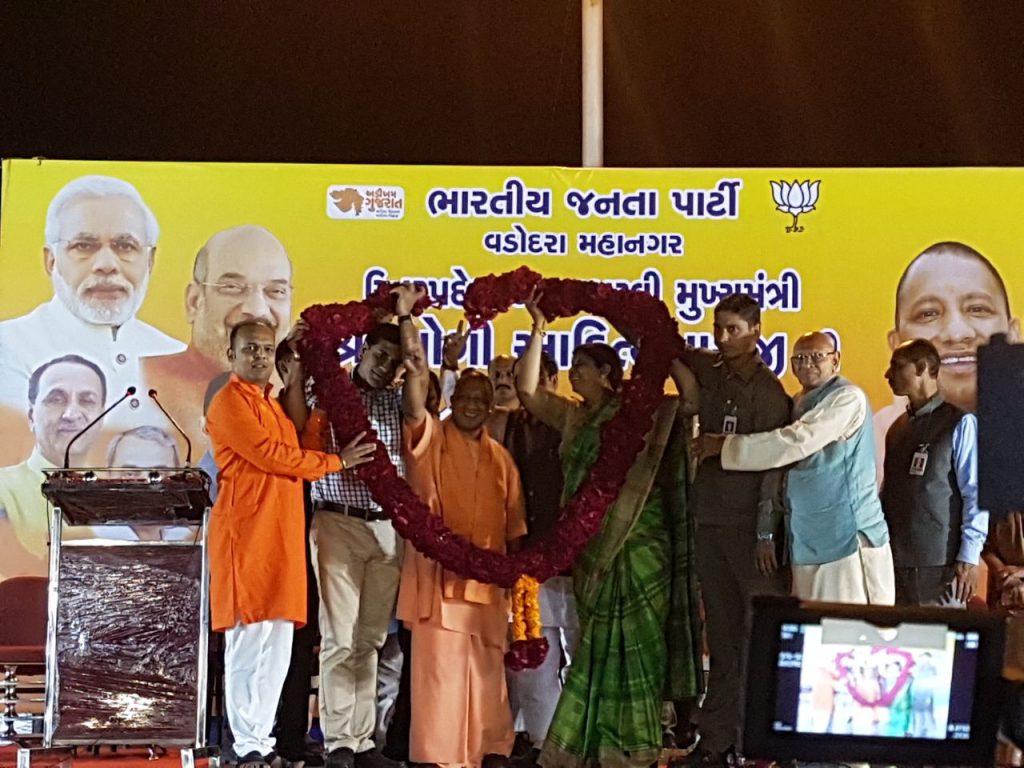 Speaking on the development model of Gujarat he said even Donald Trump also said to develop America like the PM Modi model. He also thanked the audience for the remarks on Rahul Gandhi.

He said Rahul talks and attacks the Gujarat model when after four generations of ruling Rahul fails to built district magistrate office in Amethi. They don’t like development only they want riots.

He said BJP is going with their development formula and like Doklam the Indian Army forced China to get back. Now Pakistan also dare to enter India as the PM stops the slogans, stone pelting things which are the vote bank of Congress. In short PM make Rahul Gandhi unemployed. They always play the religion card and as UP and Bihar throws them out the people of Gujarat not allow this disease to enter here.

Rahul Gandhi and Congress one time question existence of Ram and Krishna is now playing the religion card. Rahul started going temples and don’t even sit like a Hindu. He said Congress lost where Rahul Gandhi went for campaigning and now he think with coronation of Rahul Gandhi Gujarat will be congress free.