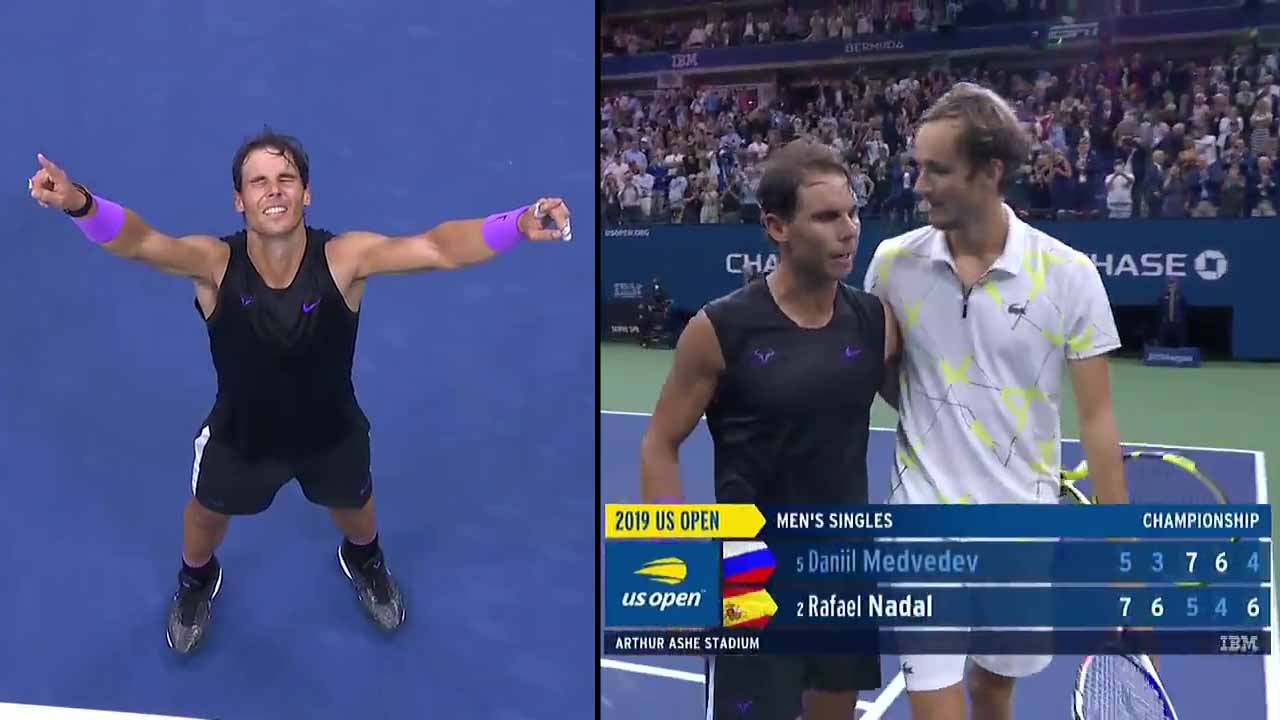 Rafael Nadal’s thrilling five-set win in the US Open was as impressive as his 2008 Wimbledon triumph against arch-rival Roger Federer, tennis legend Martina Navratilova said after the match at Flushing Meadows in New York.

The world number 2 battled through five sets to beat Medvedev at the Arthur Ashe Stadium, avoiding off a comeback attempt to emerge as the winner in 4 hours and 50 minutes, making it the second longest US Open final in history.

Nadal had raced to a two-set lead and looked set for a comfortable win before fifth-seed Medvedev made adjustments to his game and produced some breath-taking tennis to win the next two sets and level the match.

The final set was also a tense affair as Nadal allowed Medvedev to claw his way back after taking a 5-2 lead, but some how managed to close out the match at 6-4.

The marathon match create a resemblance to Nadal's epic clash against Roger Federer at Wimbledon in 2008, which has often been described as the greatest Grand Slam final ever.

During that occasion, Nadal went two sets to love up before Federer mounted a comeback in the next two. But much like the US Open final, the Spaniard had triumphed in the fifth set, displaying amazing stamina to beat the Swiss great on his favorite surface.

In conversation, the Czechoslovak-born American tennis legend Navratilova explained that she believes Nadal's win was as impressive as the 2008 win against Federer.

She added "I think this ranks up there with his greatest ever wins,” she said, “This is right up there with the Federer win in 2008."

“He had to dig so deep against a player playing way above a level he’s ever played in. “He just kept it together, kept playing, kept going for it. In the end, he prevails. 19 major titles. He’s a champion in every way”.

With his fourth US Open title in the bag, Nadal has now won 19 Grand Slams and is just one major title behind Roger Federer, who, with 20, has won more than any other player in the history of the game in the men's format.