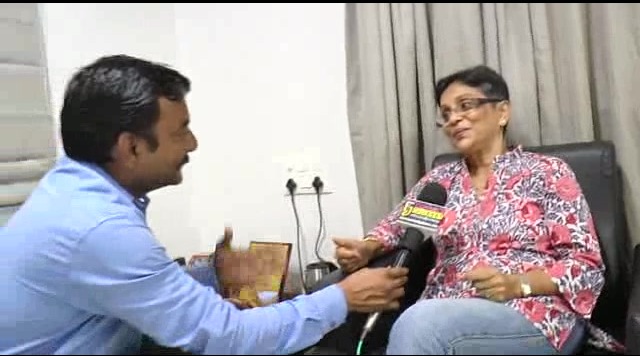 Rachel Thomas, who performed skydiving from 5,000 feet above the North Pole, became the first Indian woman to visit Bharuch.

Rachel Thomas was born in 1955 in Chitranjan, West Bengal, India. She was in the city for the second Women’s Conclave held at BDMA, Bharuch. Her parents Alexander and Elizabeth Etercharya were from Kerala and both worked with the Indian Railways.

On April 20, 1979, Thomas became India’s first woman skydiver, starting her career with “A” license from Skydiving Federation of India in Agra. Rachel Thompson, former employee of the Indian Railways, in her special interview given to Connect Gujarat said, that she was the first woman to compete for India in a Skydiving contest in 1987. Her record of being the first Indian woman to be a Skydiving woman in the North Pole was in 2002. Rachel Thompson completed 650 jumps in 19 countries during her career, since she made her first jump in 1979.

In a special visit to Bharuch and in conversation with Connect Gujarat, she said that two of them tried to skydive but they couldn’t complete for some reason. Thus she became India’s first skydiver and also became inspiratory for other women. During the visit, she made attempts to spread this message to the government to bring women ahead in sports, appealing that women get proper pay for sports and to arrange proper training for women. She also appealed women to come forward in sports.