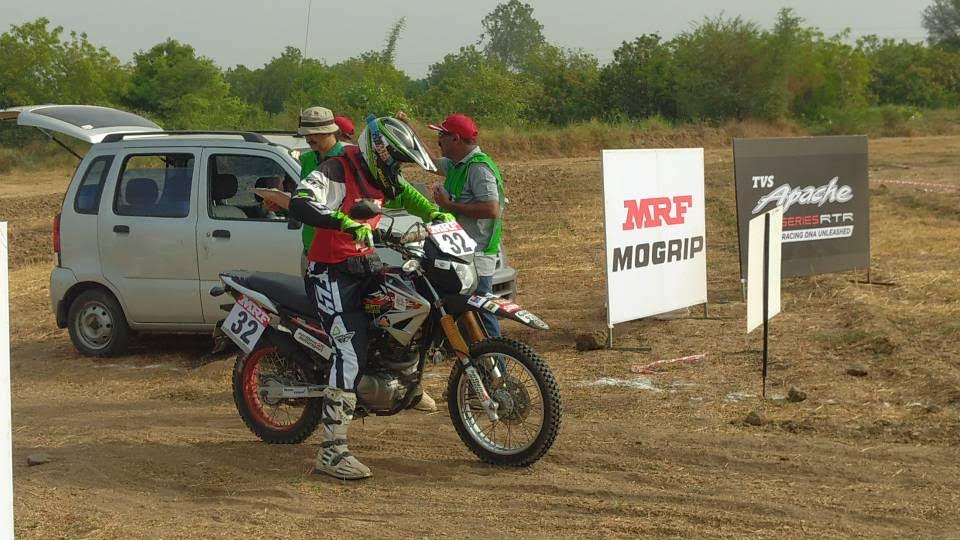 Riding his RTR 450 FX Natraj walked away with the title scoring minimum 45.30.00
penalties. In the absense of defending champion Abdul Vahid Tanvir, who is poised to enter the prestigious Dakar Rally Natraj lead all the stages over Sanjay Kumar’s CRF 450.  Sanjay Kumar settled with the second position scoring 48 min. 54 seconds penalties making a good start at the first round of the MRF Fmsci Indian National Motorcycle Racing Championship which concluded at Baroda here on Sunday. 36 raiders took start from hotel comfort inn at 6-00 am. There was real action at
Gugaliya pura district Waghodia where the rally was conducted in four stages. It was a tricky track and spectators from Baroda and the adjoining areas enjoyed the thrills of  National rallying being conducted for the first time in the state of Gujrath.

Spectators were seen waving and supporting their favorite raiders in all the four stages. Amidst some thrilling action the rally concluded on a safe note as not a single accident occurred throughout the stages.