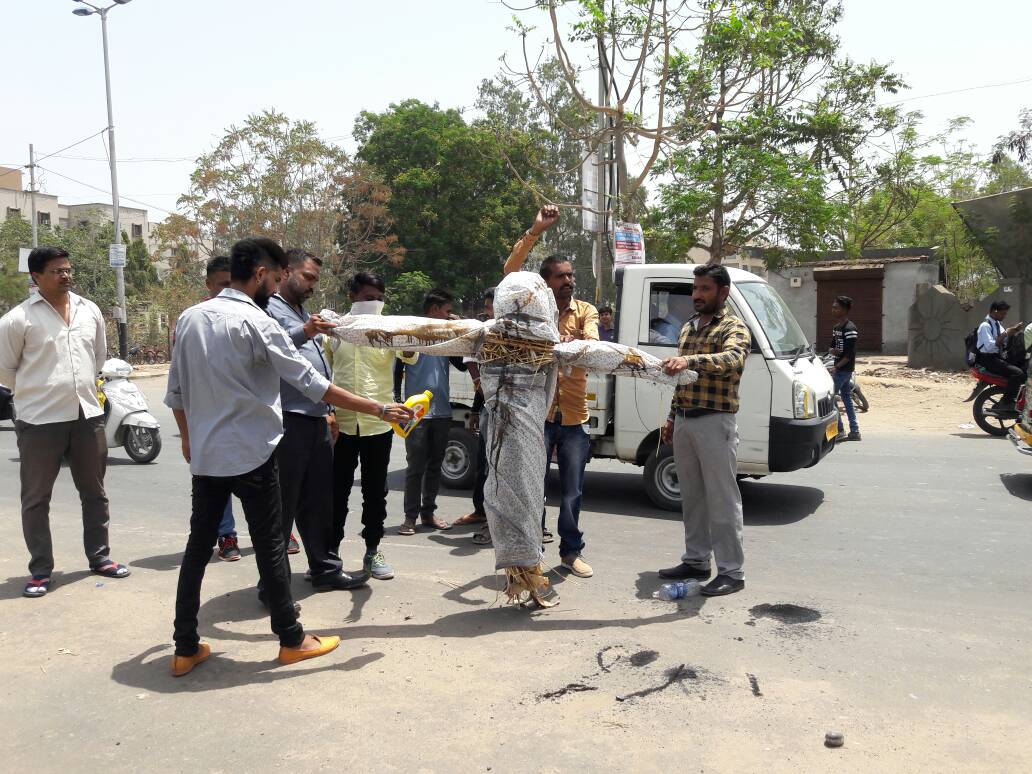 There is lots of anger in the minds of the people of Vadodara after the VMSS team attacked locals including a woman on Saturday during a demolition drive at Ellora park area of city.


Two days ago the VMSS team beat up local residents at Ellora park area of the city during a demolition drive. The team misbehaved with a lady and pushed her when she tried to stop them for beating her family members. The incident was Captured by local cameraman who also was slapped by the VMSS team. One of the member beat a local with aluminium stick which fractured the hand of the victim.