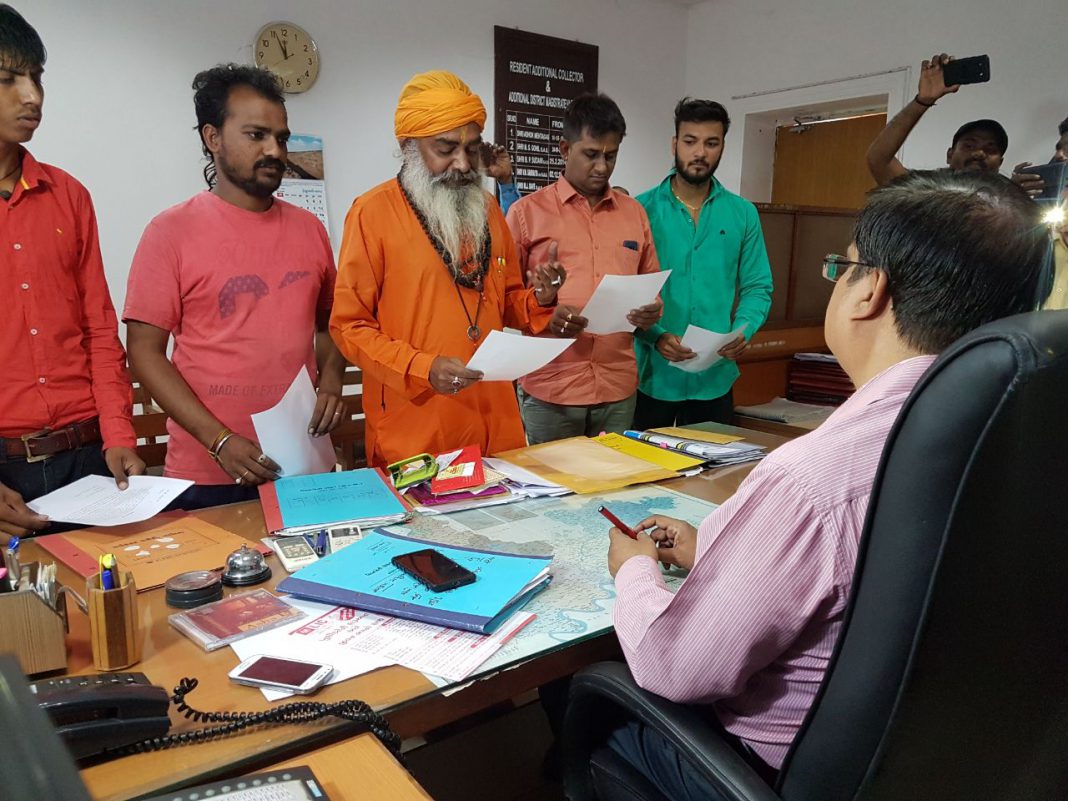 Gorakshnath International Foundation gives a memorandum to the collector on Tuesday in protest against the shooting of film Loveratri in Vadodara. They said the film is based on auspicious Navratri festival and the film shows it in a different way.

The film is based on the back drop of Gujarat. It is a romantic drama which starts from the auspicious occasion of Navratri. The lead pair Aayush Sharma and Warina Hussain starts their bollywood innings with this film.

The Loveratri team reached Vadodara for their shooting schedule and already shot some sequences at historical Nyaymadir and other areas. However the Gorakshnath International Foundation raised their protest against the shooting as they feel the film spread misconception about the auspicious Navratri festival.

“Vadodara is a cultural city and said to be the destination of Navratri the festival to worship Maa Amba. The film is based on backdrop of Navratri and the name twists the whole meaning of the festival and hurt the sentiments of the people. We protest against the shooting of the film in the city and request the collector to stop it immediately,” said Dr. Jyotirnathji General secretary of the foundation.

They also threaten to go for aggressive protest just like the Rajputs done against the film Padmavat if their demands are not satisfied.