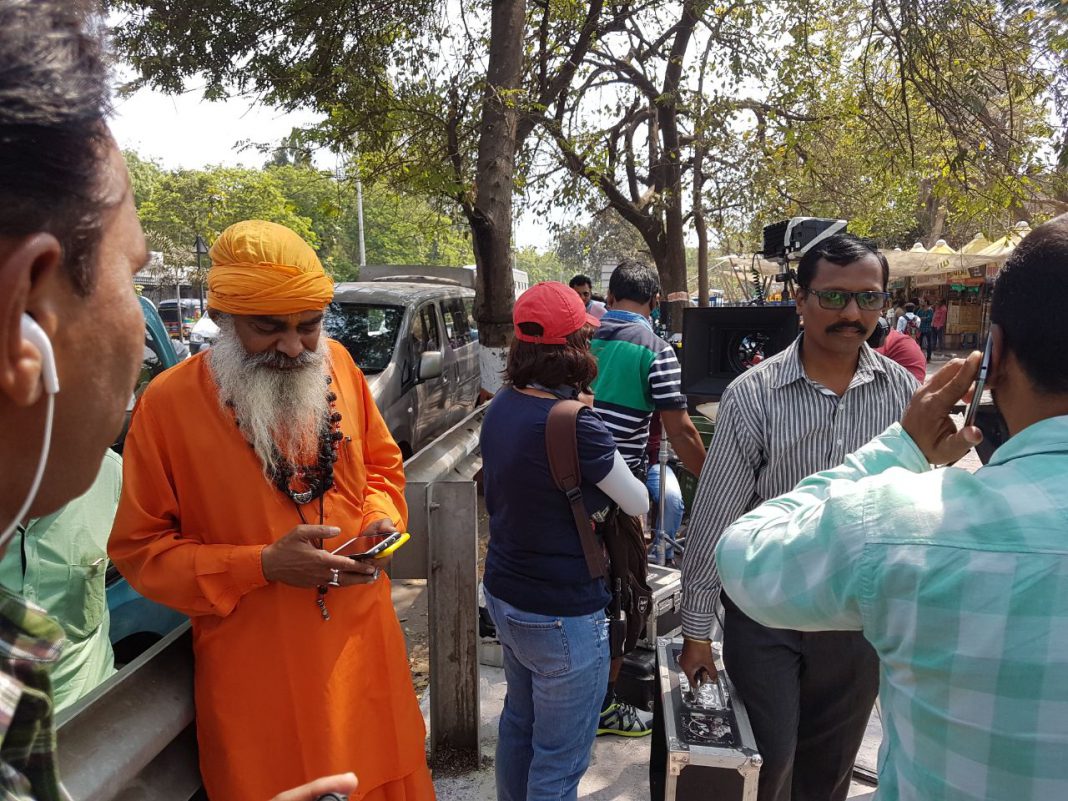 Continued their protest against film Loveratri the members of Gorakshnath International Foundation reached the Fine Arts Faculty in Vadodara on Wednesday afternoon and tried to stop the shooting. However the police reached the spot and intervene in the matter to calm the situation. They also took away Dr. Jyotirnathji General Secretary of the foundation.

There was lots of chaos at the venue after the protestors reached there and onlookers started gathered there. At one time the film crew started packing up their camera and other equipments as a precautionary measure.

Protest against film Loveratri continues in Vadodara
1 of 17

Meanwhile P.H. Bhesaniya ACP A division reached the spot and tried to calm the situation. Dr. Jyotirnathji said that they are protesting against the title of the film which hurt the sentiments of the people as it is based on auspicious Navratri. The police took away Dr. Jyotirnathji from the spot and also asked the film crew about the letter of permission and maintain the security during such shooting schedule.

On Tuesday the foundation protest and gives a memorandum to the collector on Tuesday in protest against the shooting of film Loveratri in Vadodara. They said the film is based on auspicious Navratri festival and shows it in a different way.

The film is based on the back drop of Gujarat. It is a romantic drama which starts from the auspicious occasion of Navratri. The lead pair Aayush Sharma and Warina Hussain starts their bollywood innings with this film.

The Loveratri team reached Vadodara for their shooting schedule and already shot some sequences at historical Nyaymadir and other areas. However the Gorakshnath International Foundation raised their protest against the shooting as they feel the film spread misconception about the auspicious Navratri festival.