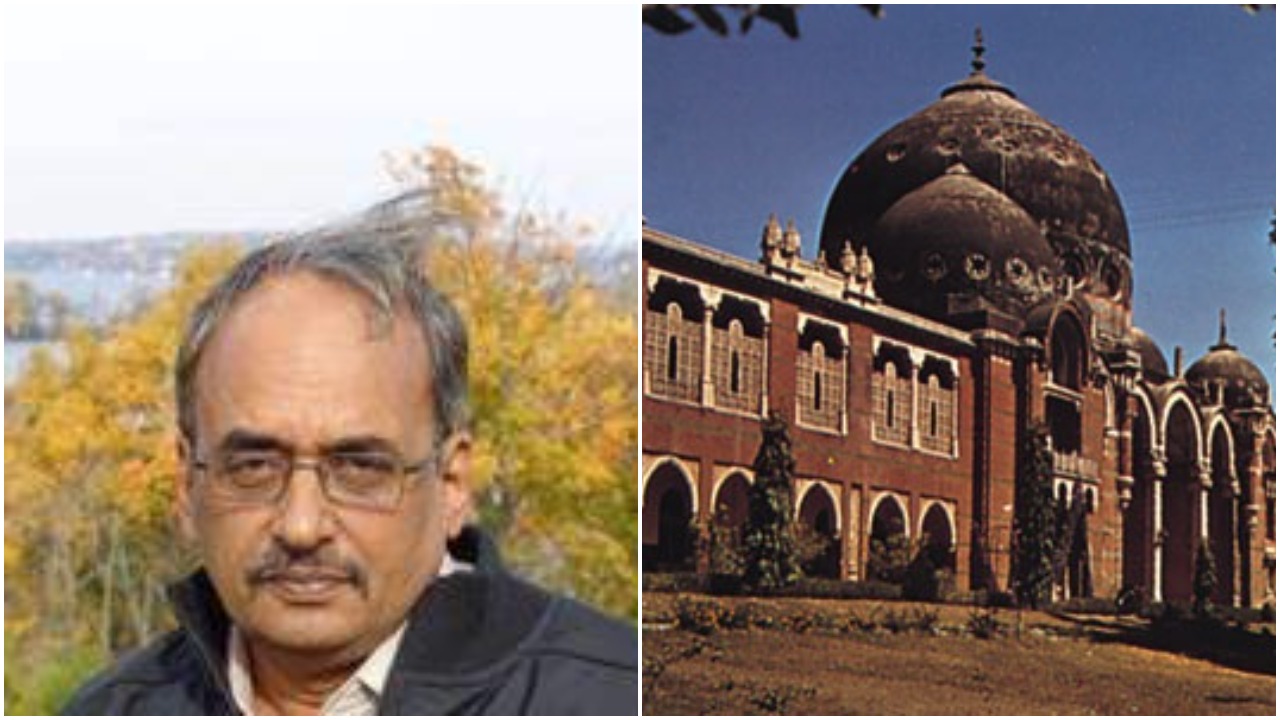 It's a matter of great pride for MSU Baroda as Prof. K. Krishan, renowned Archeologist from Faculty of Arts have been appointed as a member of the editorial board of Studies in World Heritage Series by the Institute of Medieval and Early Modern Studies, Durham University, UK.

K. Krishnan is a Professor in the Department of Archaeology and Ancient History, Faculty of Arts, the Maharaja Sayajirao University of Baroda, Vadodara. During his 33 years of career at the Maharaja Sayajirao University, he has served the institution in various capacities as the Dean, Faculty of Arts, the Foreign Students’ Advisor, Office of the International Affairs, the Vice Dean of the Faculty of Arts, In-charge Principal of Baroda Sanskrit Mahavidyalaya and Head, Department of Archaeology and Ancient History.

His doctoral research presented the chemical and petrological examination of the Harappan Ceramics from three regions in Gujarat. This study demonstrated the wider applications of several scientific methods in examining the ceramics and also its cultural implications.

After completion of his doctoral research, he continued his research on proto-historic and Early Historic ceramics by incorporating several methods such as traditional archaeological, ethnographic and scientific.

He conducted his post-doctoral research at Cambridge University funded by Ancient India and Iran Trust/ Charles Wallace India Trust. While at Cambridge he was affiliated with the St. John’s College.

His research has enabled him to work towards developing a methodology for analyzing fine wares, understanding craft specialization, assessing the development of technology and its impact on ancient South Asian Society. These studies have inspired several students from South Asia, Europe, Africa, Australia and America to conduct research on South Asian Ceramics.

He has completed more than a dozen research projects dealing with ancient technology and palaeo-climatology. His projects had been funded by UGC, UGC-UKIERI, DST, Ford Foundation, Wenner Gren Foundation, Arts and Humanities Research Council (UK), UNESCO, British Council and the US Department of State.

He has also coordinated a project which established a museum at Sidhpur, Gujarat, a centre of pilgrimage for the Department of Tourism, Government of Gujarat and a documentation project under the NMMA of the Archaeological Survey of India.

A total number of Nineteen students have completed Ph.D. under him (nine from this institution and 10 from outside this University, both from India and abroad) and eight are ongoing. Nine post-doctoral researchers from various parts of the world were affiliated with him. He has also guided more than 75 M.A. dissertations.

He has delivered more than 200 lectures in various academic institutions in India and above hundred lectures in Universities abroad (UK, USA, Oman, Jordan, Pakistan, Nepal, Sri Lanka and Australia). Besides several seminar and workshop participations, he has conducted and coordinated six international seminars, four national seminars and nine workshops (both national and international).