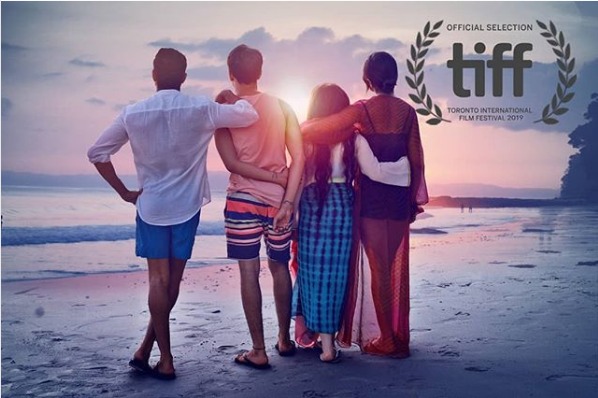 After premiering at the Toronto International Film Festival ,Priyanka Chopra’s “The Sky is Pink” is now heading for its European premiere at the BFI London Film Festival.

Directed by Shonali Bose, The Sky is Pink starer Priyanka Chopra Jonas, Farhan Akhtar and Zaira Wasim. The film will hit the screen at the BFI London Film Festival on 6 and 7 October.

“It’s an honor for us to have our European Premiere at the BFI London Film Festival. The city of London plays a significant part in the timeline of the film. In fact, we even shot some portions of the film here so that makes it even more special Priyanka stated.

So happy and proud to announce that #TheSkyIsPink is the only film from Asia to have an official selection at The 44th Toronto Film Festival 2019 at the Gala!!! I can't wait to be back this year in the dual role of actor and producer. I hope to see many of you at the world premiere on September 13 in Toronto. Thank you for your continued love and support! Releasing in cinemas Oct 11. Here we go!

She added on by narrating her film as “The Sky is Pink is a story that will surprise the audience in its representation of love in all its forms. I am so proud of what we’ve created. It’s a labour of love and we’re excited to finally hand it over to the audience”.

The film is inspired from real life events. It is based on the life of Aisha Chaudhary, a motivational speaker who was born with an immune deficiency disorder and was later diagnosed with pulmonary fibrosis.

Reports have said that The Sky is Pink will also be premiering at the Busan International Film Festival which is being held between 3-12 October.

She took instagram as source to express her joyfull felling , she captioned “So happy and proud to announce that #TheSkyIsPink is the only film from Asia to have an official selection at The 44th Toronto Film Festival 2019 at the Gala!!!”