The SAR operations continued throughout the night and a total of 146 persons from Barge P305 have...
Read more
0

Priyanka Chopra is Miss World 2000 and since its entry in Bollywood, this desi girl has been capturing headlines in Trending on fashion industry news for her outfits. After winning millions of hearts in India, she debuted in an American TV series and she won many hearts there as well. She is a diva and often tosses the upcoming fashion trends by carrying them for the first time.

She is so beautiful and truly defined as a Fashionista. Whatever she wears become a trend in the fashion industry. Let’s check the top 10 bold outfits which she dared to wear and that captured the top fashion industry news. 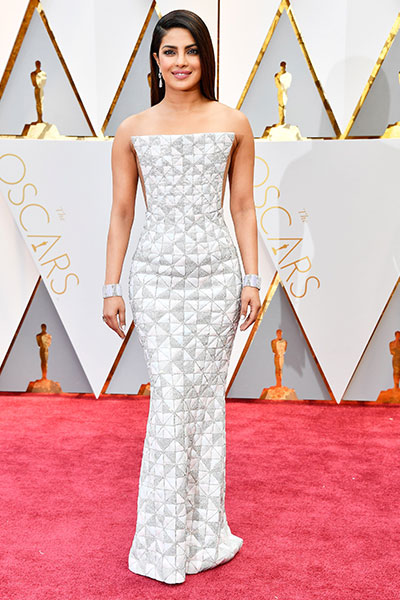 She appeared in Oscar 2016 for the first time in a stunning gown designed by a Lebanese fashion designer, Zuhair Murad. Her gown was the most searched dress on the internet that year. 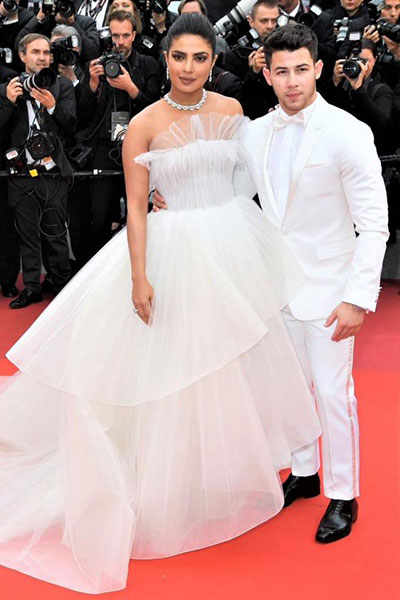 She wore a wedding dress designed by Georges Hobeika during her appearance at the Cannes festival 2019. 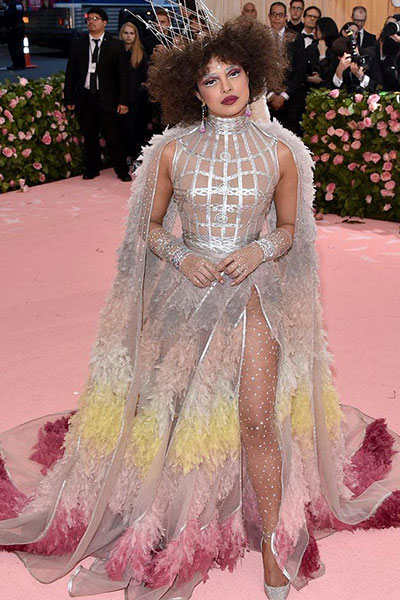 It was the time when she made headlines for almost all digital and print fashion industry news. Her quirky look was like defining some unique upcoming fashion trends. She wore extravagant Dior Couture. It was made in 1500 hours. 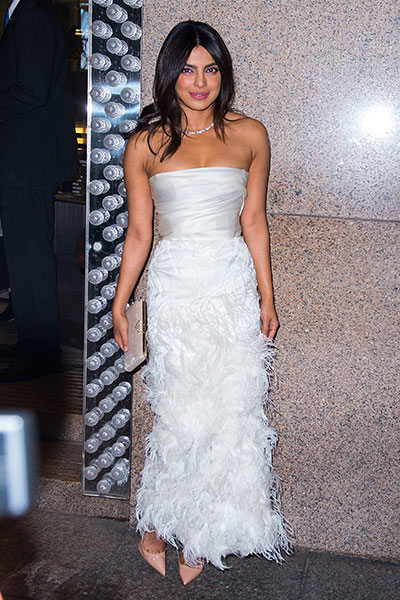 She wore a beautiful feathered Marchesa gown at her bridal shower ceremony. She mentioned that the dress made her feel like a princess. 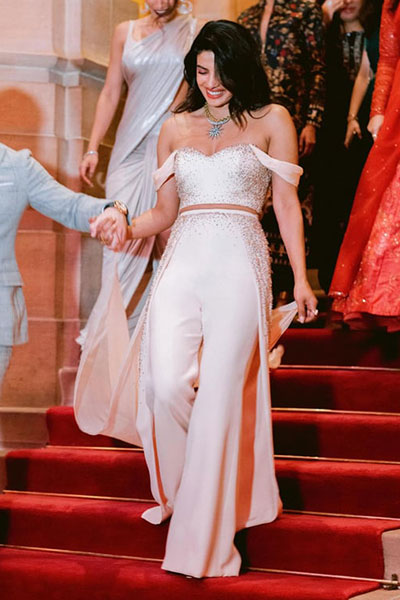 She attended her wedding celebrations in a two-piece outfit with wide-leg trousers. It was specifically designed for her by Russo and Ralph. 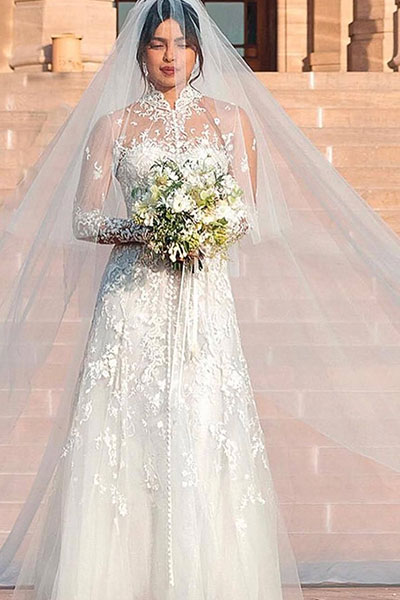 Priyanka got married in Christian and Indian ceremonies. At the Christian wedding ceremony, she was looking gorgeous in a custom made gown with a 75-foot long veil. The gown was covered in Swarovski crystal and was made in 1826 hours by Ralph Lauren. 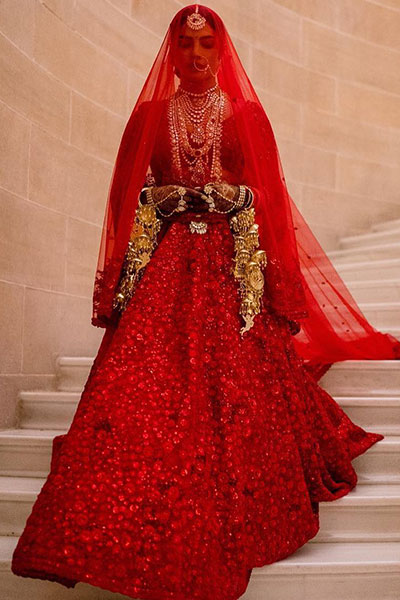 In her official Indian wedding, she wore a red lehenga studded with Siam-red crystals designed by an Indian designer. It also had handmade organza flowers and French knots in silk floss in the lehenga to give her a sparkling look. 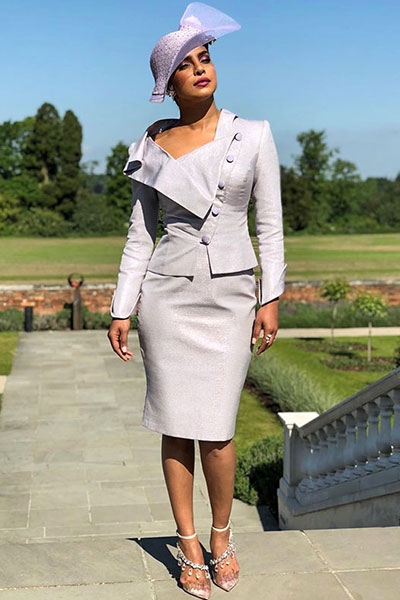 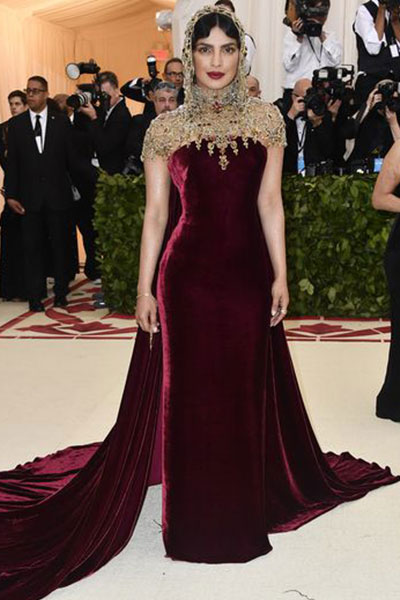 In Met Gala 2018, she wore a golden hood with a deep burgundy velvet gown. The outfit with the hood was made in 250 hours and studded with embroidery, beadwork, and Swarovski crystals. She once again introduced upcoming fashion trends by carrying that gown. 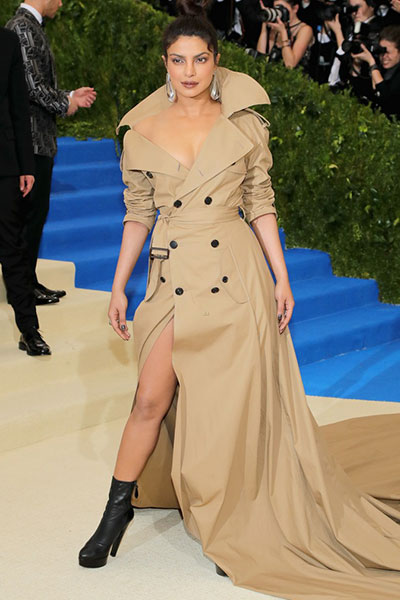 She wore Ralph dress in Met 2017 and grabbed the attention of the fashion industry news leaders in her trench coat gown with a popped collar. She also met Nick, her husband, for the first time in this event.

The top 10 daring dresses which Priyanka Chopra carried so gracefully that it became the fashion statement.

0
Padma Shri awardee and eminent cardiologist Dr KK Aggarwal has died of Covid-19. According to a statement posted on his Twitter handle,...
Read more
India

Dos and Don’ts of Salon Styling At Home

0
Going to the salon requires a lot of time and effort. What if you can create salon finish hair...
Read more

Be A Trendsetter With These 4 Ray Ban Sunglasses For Women

1
Ladies! Are you looking for a small but mighty piece of accessory this summer? Then, getting a pair of Ray Ban sunglasses...
Read more