Prisoners inside Baroda Central Jail appears for board exams 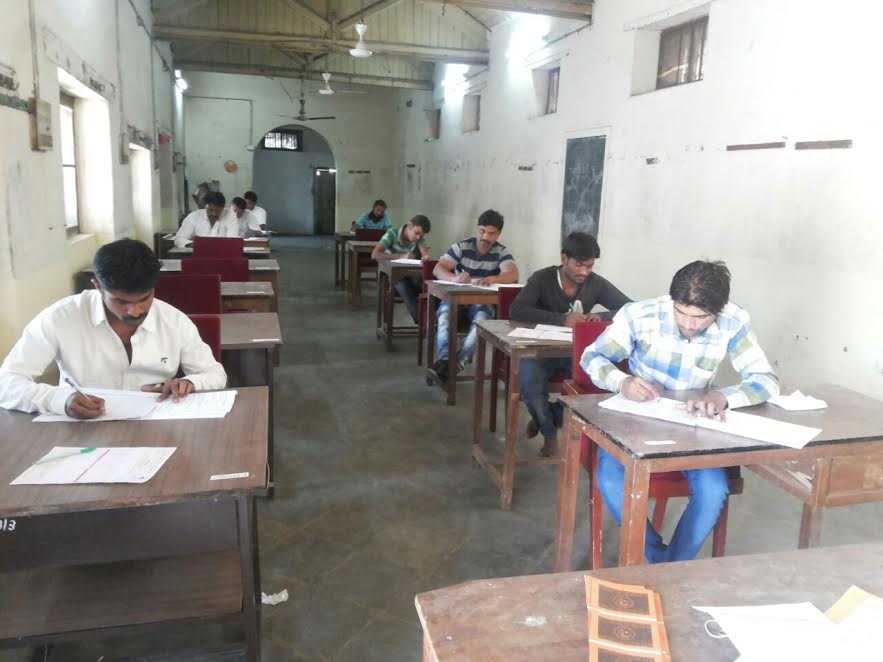 About 19 undertrials and permanent prisoners inside Baroda Central Jail appears for this year board exam. The prisoners with an aim to rehabilitate themselves afterwards sitting in the exam and will get the certificate just like the normal students. This year nine prisoners in 10th and 12th standard appeared for board exams.

With an aim to motivate the prisoners to continue their studies inside the jail and rehabilitate themselves when they are out, the Gujarat government and Jail authorities started a new initiative to conduct board exams for prisoners inside the jail. This year also for the second consecutive year Vadodara, Ahmedabad, Rajkot and Surat Central jails are conducting the exams where nearly 200 plus prisoners were appearing for their board exams.

It is a very impressive sight when you see permanent and undertrials were appearing for their exams just like the normal students of the schools. In Vadodara Central Jail this year 19 prisoners serving their terms appeared for their board exams. The prisoners are eager to study inside and this year also many of them appears in the exams. "Its a welcome step by the government and the jail authorities when the IG Prisons approached SSC and HSC boards for allowing the serving prisoners appear in their board exams. Like last year this year also 19 prisoners from Baroda jail appears in the board exams. A makeshift center is there inside the jail inside a hall is turned into a exam center equipped with CCTV cameras. Board supervisors and government representative are also present during the exams. Similar exams are also conducting in Ahmedabad, Rajkot and Surat jails this year," said Mahesh Rathod Welfare officer Vadodara central jail and exam co ordinator.

The exams are conducted similar like the schools with CCTV and examiners. "The exam inside the jail is not different and are on the same lines like in schools. The CCTV were installed and the examiners from the Board are specially coming to look after the exams. Before that the prisoners are providing books and reading materials by the jail authorities so that they can prepare for their exams," said Rathod. He also added that from the next year they will try to engage teachers for the prisoners before their exams.

Rathod further said that this is a very unique step to motivate the prisoners. "The purpose is to motivate the undertrial and other prisoners to study further while serving their terms inside the jail. By this initiative the prisoners can appear and clear their board exams as today the minimum qualification required is 10th pass. They can continue their specialised courses after clearing their board exams," said Rathod.