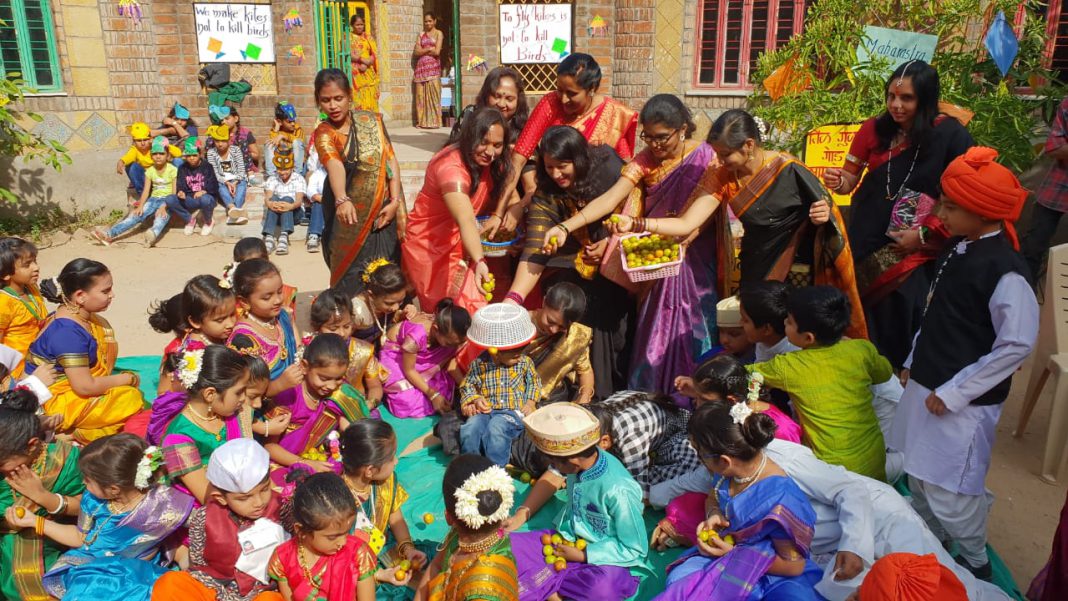 Spreading the message of unity in diversity students of Prince Ashokraje Gaekwad School and Devyani Raje Gaekwad school celebrate Makarsankranti with great enthusiasm. Students dressed in traditional outfits celebrate the festival and extend their wishes for a wonderful year to come.

Makara Sankranti is a festival dedicated to deity Surya and observed each year in the month of January. It marks the first day of sun’s transit into the Makara, marking the end of the month with the winter solstice and the start of longer days. Kite flying, bonfires, fairs, surya puja in river, feast, arts, dance, socialization are some of the celebrations observed in many states during the festival.

Continuing its tradition to celebrate the festival differently the students of Prince Ashokraje Gaekwad School and Devyani Raje Gaekwad school dressed up in various traditional outfits and celebrate Makarsankranti with great enthusiasm.

The whole schools turns up like a mini India where the students celebrate Makarsankranti as per the tradition followed in the state they depicting. The Haldi Kumkum of Maharashtra, Undhiyu Jalebi from Gujarat, Pongal from Tamil, Bihu from Assam and Lohri from Punjab. One of the attraction is foreign festivals were also included in the celebrations by the students.

Wearing masks of birds the students also spread the message about stop using the Chinese strings to save the birds being injured during the festival.