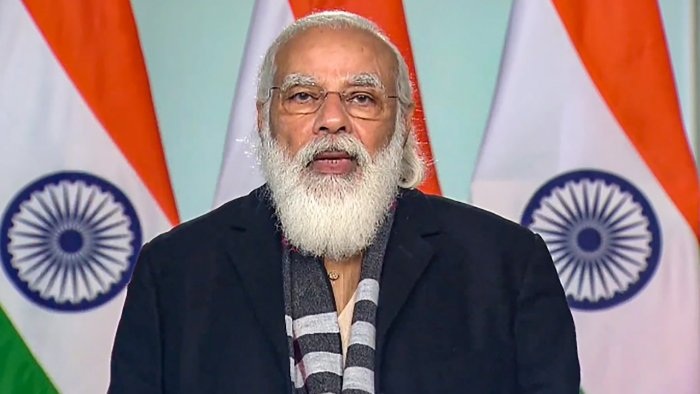 Participating in the discussion, Minister of State for Agriculture and Farmer Welfare, Kailash Choudhary said, the government under the leadership of Prime Minister Narendra Modi took the right decision at the right time resulting in effective containment of Covid-19.

He said, the government has taken several steps to boost the farming sector in the country. He added that MSP of several crops and food grains have been increased by the government and the farmers have been provided financial assistance under the PM-Kisan Samman Nidhi scheme.

Earlier, National Conference leader Dr Farooq Abdullah said the government must ensure speedy vaccination of COVID 19 for all people. He also urged the government to set aside differences and find solutions to the farmers’ issues.

Akhilesh Yadav of Samajwadi Party said, farmers of the country do not get MSP for their produce. He said farmers would not be in Delhi’s borders if they had received MSP. TMC leader Saugata Roy demanded that the government should repeal the farm laws as farmers are unhappy with the new laws. Rita Bahuguna Joshi of BJP said the new farm laws will benefit the farmers.

BSP leader Kunwar Danish Ali said, government’s attitude towards the farmers is not appropriate and government should avoid confrontation with farmers. Harsimrat Kaur Badal of Shiromani Akali Dal said, the government brought farm laws without having consultation with the farmers. She said, farmers are peacefully protesting for their legitimate demands but the government is not paying heed to their demands.

Referring to incidents happened on 26th January at the Red Fort during the farmers’ agitation, BJP member Meenakshi Lekhi said, few elements are trying to tarnish the global image of India.

Accusing the opposition parties, she said, a hybrid war is going on in the country and a panic situation has been created by triggering provocation at various levels. Asaduddin Owaisi of AIMIM raised the issue of Chinese aggression on the country’s border saying that China is increasing capacity and building infrastructure in the border areas. He accused the government of treating the farmers’ peaceful protest like an enemy attack on our borders.

Vijay Kumar of JMM raised the issue of privatization saying that public institutions are being privatized which is a matter of grave concern. Karti Chidambaram of Congress said that the President in his address did not talk about the great public concerns. Aparajita Sarangi of BJP, Shafiqur Rehman of Samajwadi Party, D Ravikumar of VCK, Dr. Amar Singh of Congress among others also participated in the discussion.