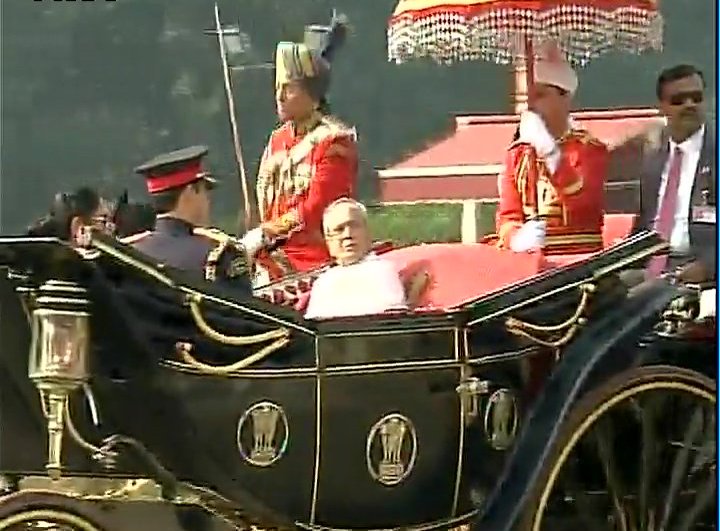 President Pranab Mukherjee on Tuesday used the traditional gold-plated horse-drawn buggy to arrive at Parliament House to address a joint sitting of both houses, marking the opening of the Budget session.

Mukherjee, seated on the teak wood buggy drawn by six horses, was accompanied by the Cavalry Regiment of President’s Bodyguard to cover the short distance from Rashtrapati Bhavan to Parliament House. After alighting, Mukherjee went to the Central Hall in the traditional procession escorted by Vice President Hamid Ansari and Speaker Sumitra Mahajan, who preside over the Rajya Sabha and the Lok Sabha respectively, and Prime Minister Narendra Modi.

Officials said Mukherjee has revived the tradition of using the buggy. He also used the buggy for arriving at Beating Retreat ceremony on Vijay Chowk, which marks the culmination of Republic Day celebrations, as well as to arrive at the Republic Day Parade on Rajpath.