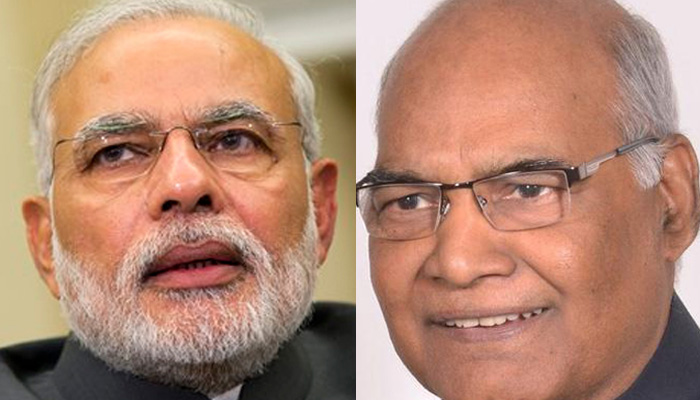 President Ram Nath Kovind and Prime Minister Narendra Modi on Sunday paid tributes to the victims of the 26/11 Mumbai terror attack on its ninth anniversary.

Kovind called for eliminating terrorism as he remembered the 166 Indians and foreigners killed in the attack blamed on the Pakistan-based Lashkar-e-Taiba (LeT).

The massacre by 10 men who sailed to Mumbai, including one who was caught and hanged, lasted three days starting on November 26, 2008.

“On the ninth anniversary of the Mumbai terror attacks, we mourn with the families that lost their dear ones and we recall with gratitude the security personnel who gave their lives in the battle against evil,” Kovind tweeted.

“We renew our resolve to take on, defeat and eliminate terrorism in all forms — and to make our people, our country and our world safer,” he added.

Modi said terrorism was a threat to humanity and everyone in the world needed to come together to fight it.

In his monthly radio programme “Mann Ki Baat”, Modi recalled “those brave citizens, policemen, security men and each one who lost their lives”.

He said terrorism had taken an ugly shape and become a global threat.

“We, in India, are facing a lot for the last 40 years on account of terrorism. Thousands of innocent people have lost their lives.

“When India used to talk about the severe threats of terrorism, the world was not ready to take it seriously. Now since terrorism is knocking at their doors, every government that believes in humanity is seeing it as one of the biggest challenges,” he said.