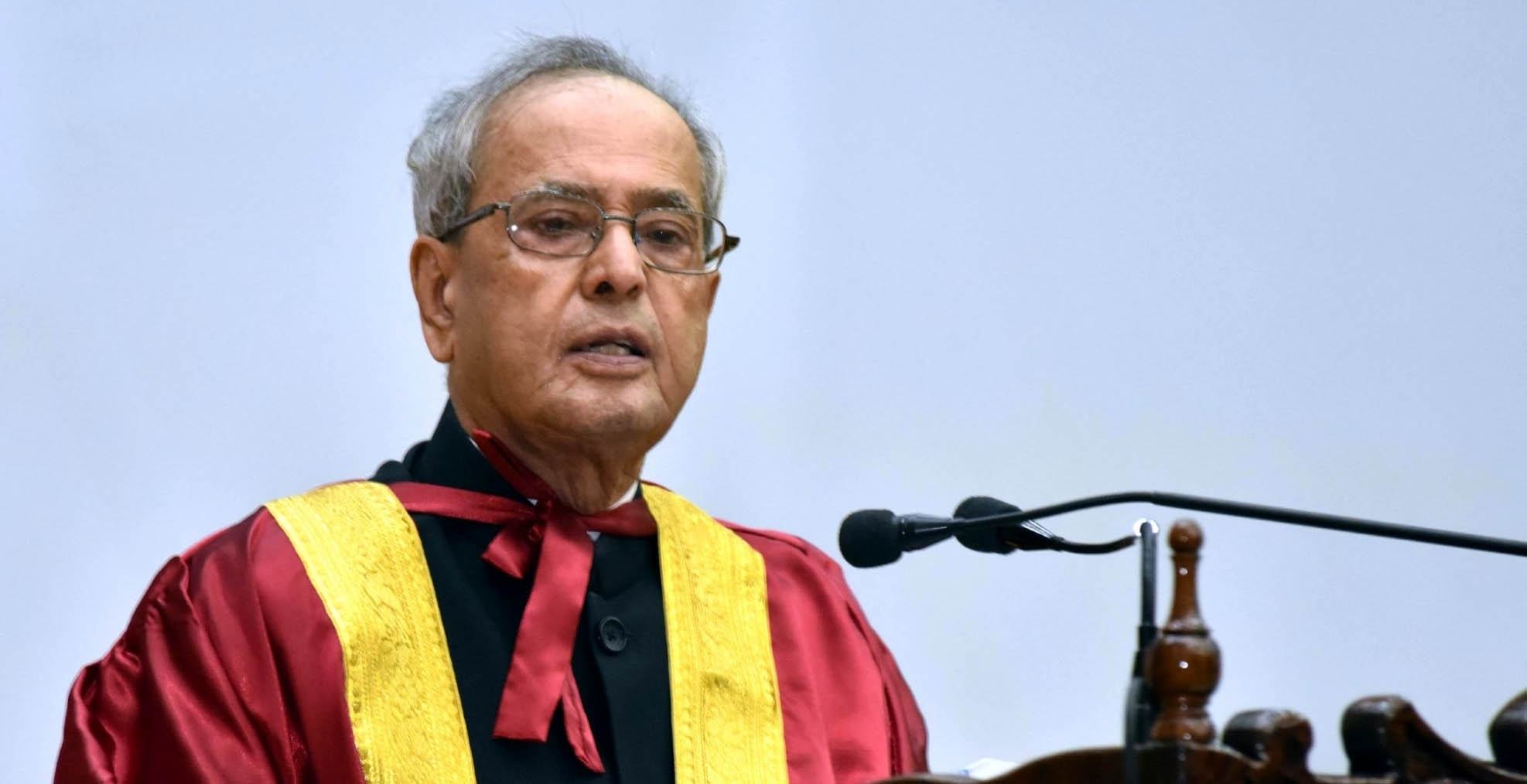 President Pranab Mukherjee on Saturday attended the maiden convocation ceremony of Nalanda University and launched the ground-breaking ceremony for construction of the sprawling university campus here, an official said.

students at the first convocation ceremony of Nalanda University," an official said.

Besides, representatives of eight countries participated in the ceremony.

The university is coming up in Rajgir, 12 km from where the ancient Nalanda University stood till the 12th century, when it was razed by an invading Turkish army.

According to officials, the students awarded degrees by the President had

and the School of Historical Studies - in the two-year Masters Programme.

start the new school -- the School of Buddhist Studies, Philosophy and Comparative

Located in the Buddhist pilgrim town of Rajgir in Nalanda district, the university

currently has two functional divisions: the School of Historical Studies and the

School of Environment and Ecological Studies.

It started its first academic session in September 2014 in a makeshift campus.

The fully-residential university is set to be completed by 2020. It will eventually have seven schools for postgraduate and doctoral students, offering courses in science, philosophy and spirituality and social sciences.

Rajgir attracts thousands of tourists from all over the world every year. It is the second most visited tourist place in the Buddhist circuit in Bihar after Bodh Gaya, considered as the birthplace of Buddhism. Rajgir (then Rajagriha) was the first capital of the Magadha kingdom and one of the favourite places of the Buddha.

The university is an initiative of the Indian government and 18 East Asian countries.