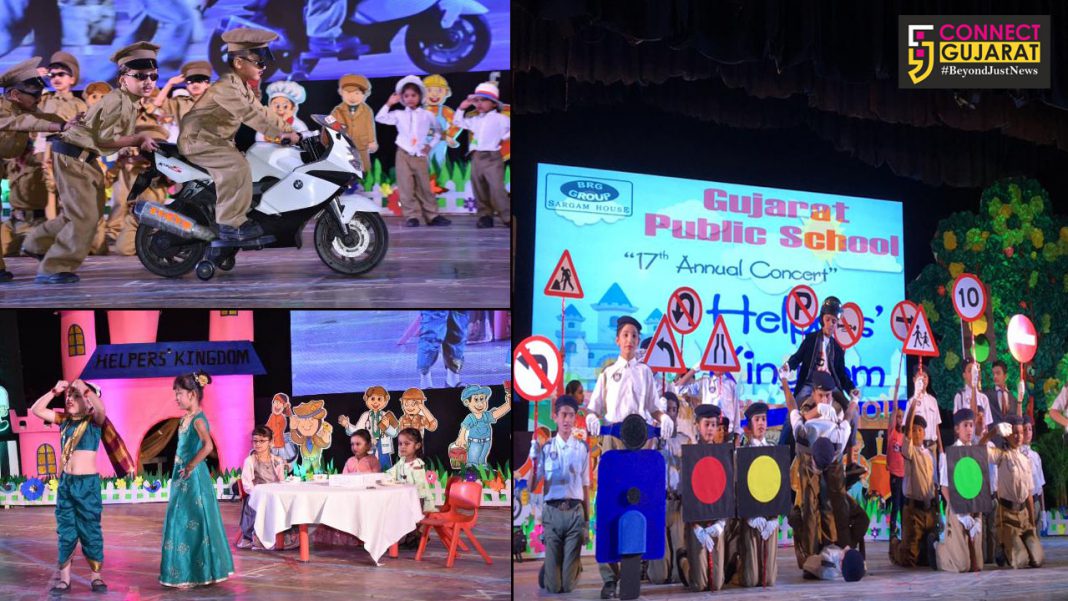 Community helpers are such a important part in our lives as we can’t move a foot forward without them. In a humble gesture towards them Pre primary section of GPS Atladara showcase the importance of them as part of their annual concert on Wednesday.

More than 350 students of age 3 to 6 participate in the concert and perform the act of drivers, barbers, soldiers, sportsman,doctors and many more. The student perform and learn to fulfil their dreams and how to increase the self confidence.