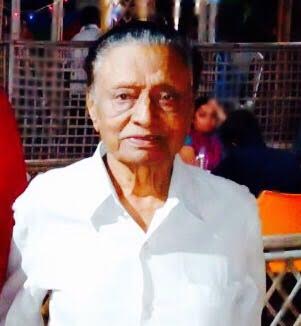 Hemendra Bhatt father of Gujarat Pradesh BJP Vice President Bhargav Bhatt died on Wednesday morning after a long illness. The family members donated the body to the Anatomy department of Vadodara medical college for the students. Family members said that Hemendra Bhatt was ill for last one month and on Wednesday morning he breathed his last. Hemendra Bhatt gives his services for years in the RSS and his contribution was immense. His body was donated to the Baroda Medical college for students research.

Anatomy department head Dr. V.S. Vania said that the family members of Hemendra Bhatt donate his body to the department is a very noble cause and we always indebted to them. He sai they accepted his body with respect.