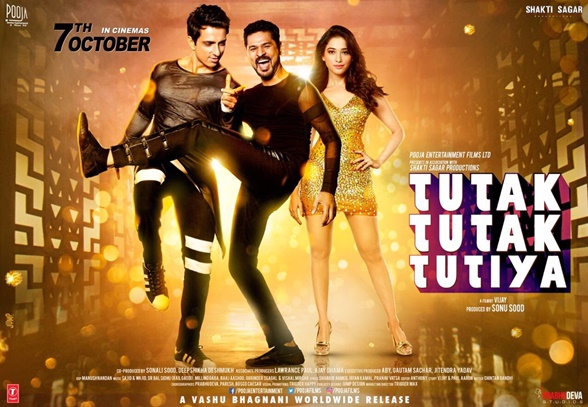 The film, directed by A.L. Vijay, also stars Sonu Sood and Tamannaah Bhatia in the lead.

Following the title track and “Rail gaddi”, “Chal maar” is the third song from the film.

“After ‘Muqabala muqabala’, ‘Ke sara sara’ and ‘ABCD’, I wanted to do something on the same level in the song ‘Chal maar’. It’s fun, it’s peppy and it is my favourite song in the film. I wanted to launch this song on my personal app and I am happy that I am doing it. I hope people like it,” Prabhudheva said in a statement.

“Chal maar” is touted to be a dance number and will feature Prabhudheva shaking a leg with actress Amy Jackson.