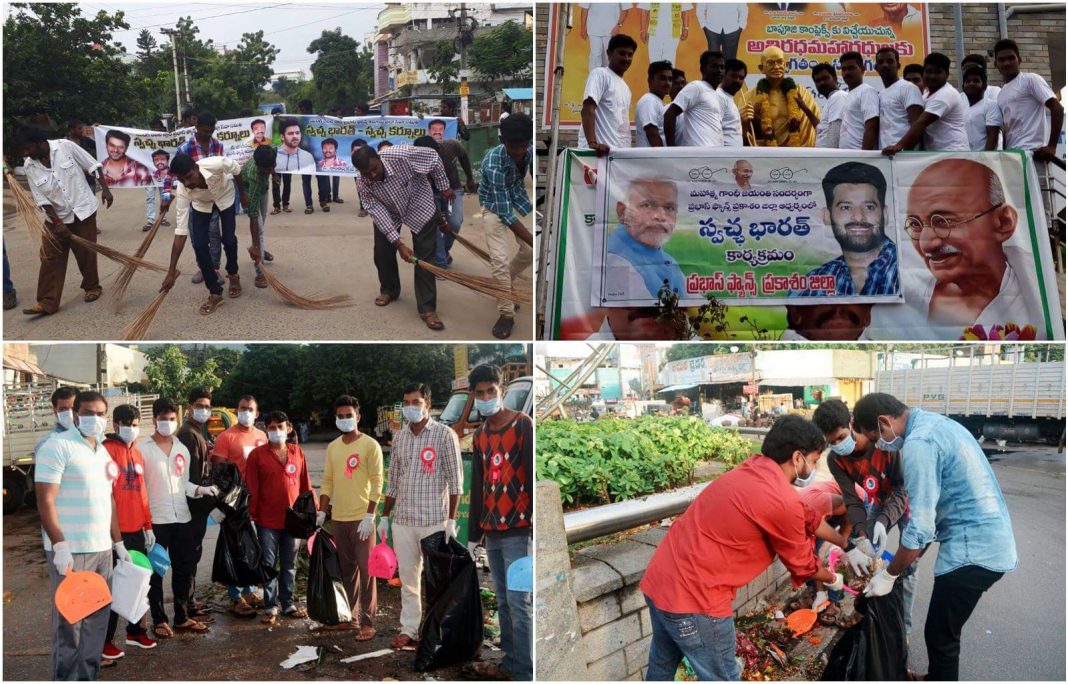 Actor Prabhas better known as Bahubali posted a message on his Facebook page about his love for the clean India mission. He also requested his fans to join the mission along with him.

The fans revert him in big numbers and appreciate his clean India mission. They also joined him in his campaign and gave their support to make the country clean and green. Overwhelmed Prabhas thanked his fans and post the pictures who joined his campaign and clean the roads and surroundings. 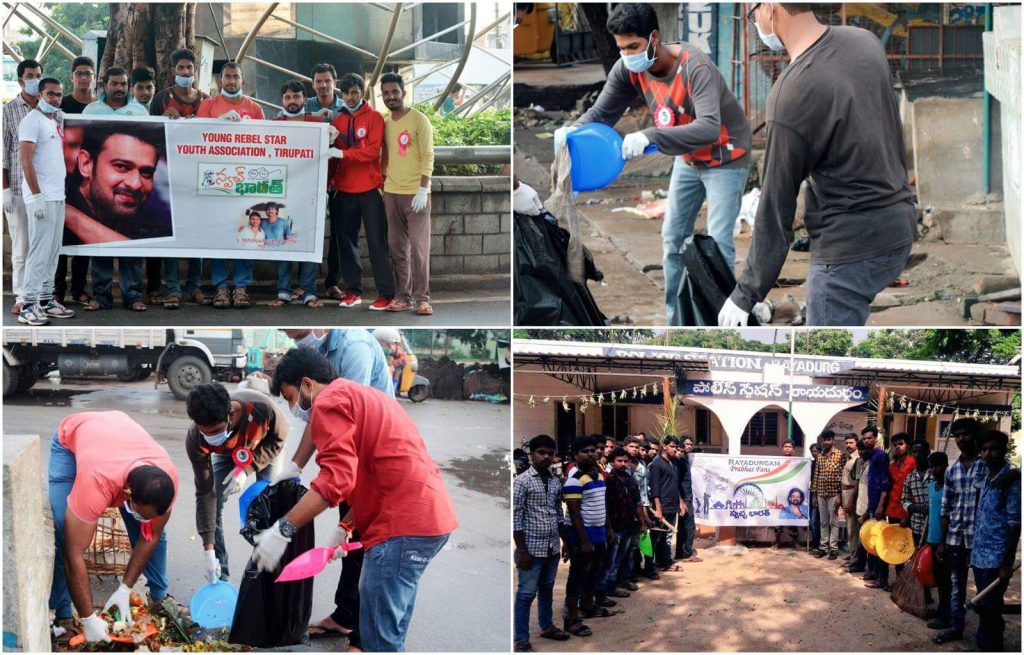 Prabhas wrote he feel great after getting the support of his fans and thanked them for making India clean. Lets continue the thing and don’t stop in just one day. Jai Hind. Prabhas is busy in the shooting of ‘Saho’ a tri language film.