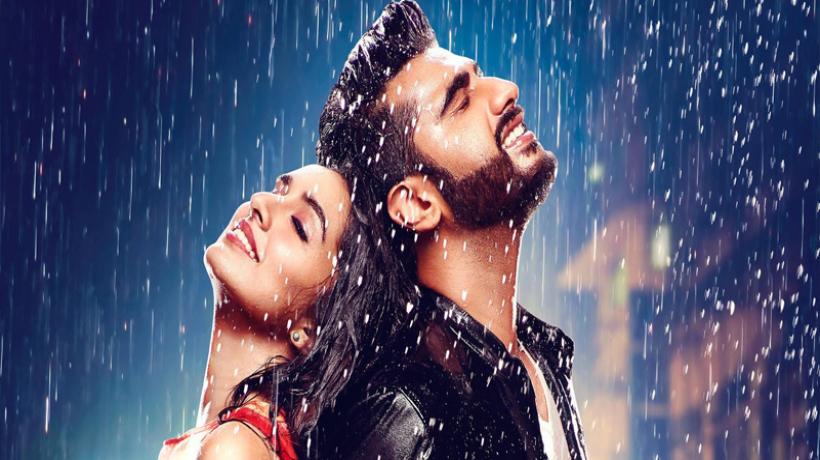 Based on Chetan Bhagat’s book the film ‘Half Girlfriend’ is going to release in next two months time. Before the release the first poster of the film is released by the makers. The poster of the film features the main pair of Shraddha Kapoor and Arjun Kapoor.

Both the actors is seen holding hands with both facing opposite sides with their backs touched and the slow raining make the poster much romantic hand full of happiness. After the success of 2 States the film ‘Half Girlfriend’ is based on the book with the same name written by well known author Chetan Bhagat. The celebrated author is starting his new innings as a producer with the film with Mohit Suri as director. Shraddha Kapoor and Arjun Kapoor is the main lead in the film with Arjun will be seen as a Delhi University student.

Before this film Mohit Suri and Shraddha Kapoor worked together in ‘Aashiqui 2’ and ‘Ek Villan’ with both became successful at the box office. Now the hit director actor pair is on hattrick with this yet to release film. Arjun Kapoor is also working for the second time in film based on the novel written by Chetan Bhagat. Earlier he was seen in the film ‘2 States’. The film will release on 19 May 2017.