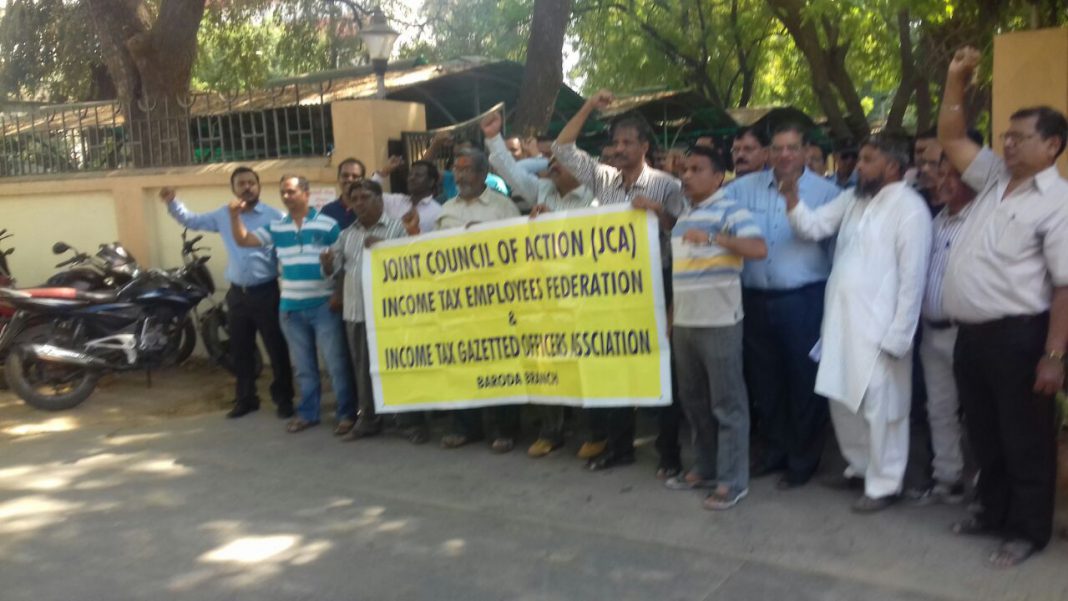 The postal department employees went on strike on Thursday pressing forward their various demands. The regular working affected due to the strike and the bundles of letters, parcels and other things were lying outside the post office at railway station. The employees also shouted slogans against the government at the General Post Office at Raopura and away from the regular work.

The postal employees demand Implementation of 7th Pay Commission, to permanent the temporary employees, implement old pension scheme and various other things. Due to the strike the parcels and letters unloaded at the railway station were lying outside.

B.D. Rathod secretary of Post Department Employees Union said that they give many representations to the goverment but they didn’t get any positive response from there. In protest a nation wide postal strike was proposed and the Vadodara employees supported the strike.


He further added that their main demands are implementation of 7th Pay Commission, permanent the temporary employees, implement old pension scheme, fill the vacant posts and others. He also warn of more strikes in the coming days if there demands were not met.

Due to the postal strike the total work came to a standstill and the parcels and letters at post offices at railway station, GPO, Fatehgunj main branch were lying as it is. The customers suffers due to the strike and return back to see the postal employees decided to away from the work.

The Income Tax employees are also on strike on Thursday for their various demands.