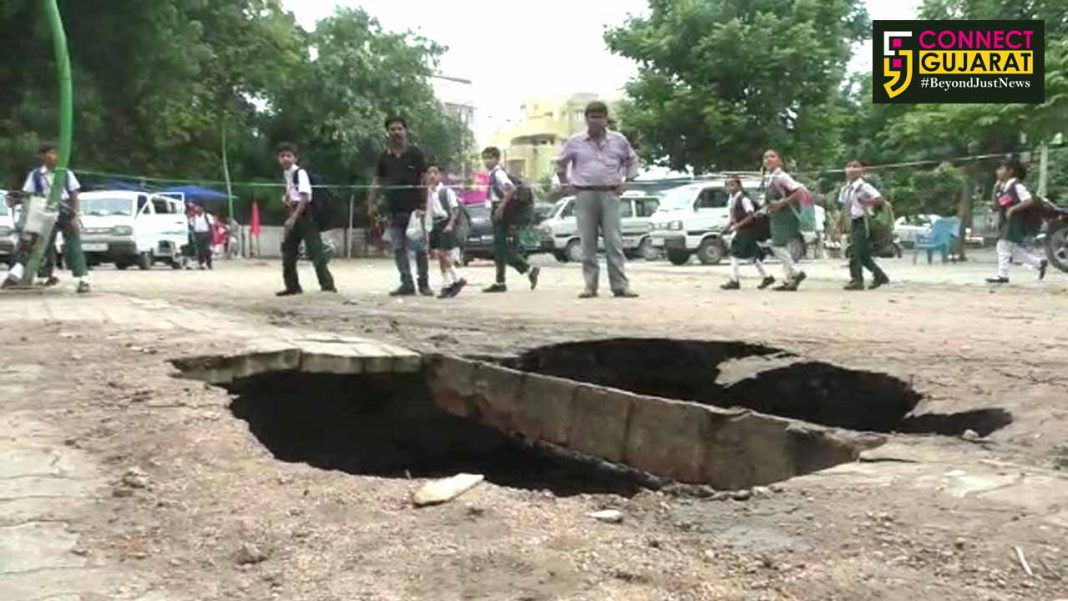 It’s a accident to happen anytime for the school children in Vadodara as a portion of road caved in near their premises. The administration has to fill the pit soon to avoid the accident.

As per details the road in front of the Sayajinagar Gruh caved in and locals rushed to the spot to cordon it as a precautionary measure for the riders. The pit was nearly 15 foot wide and 10 foot deep which makes the riding tough for people. People gathered at the spot and show their ire against the corporation.

#Vadodara
Portion of road caved in front of Sayajinagar Gruh in Vadodara , School running nearby.
The administration has to fill the pit soon to avoid the accident.#CGNews pic.twitter.com/9J5ahPi2nD

Vadodara Congress General Secretary Chirag Shah said he immediately informed the ward office about the situation but the officials not reached the spot in time. He accused the corporation for corruption and said the students from nearby school might fall prey if not repaired in time.