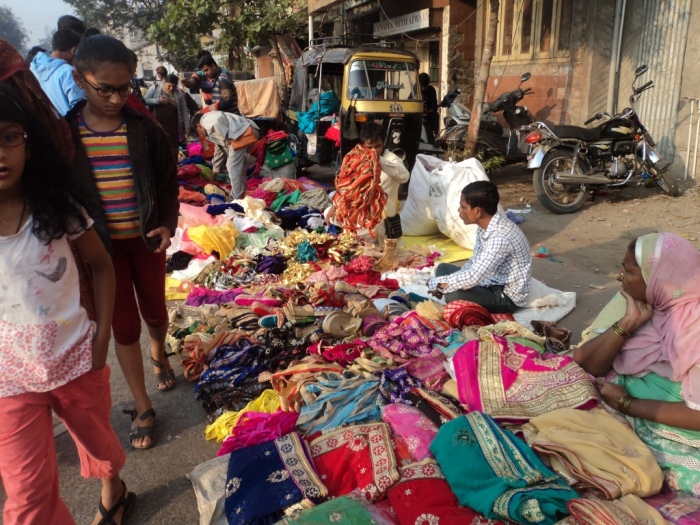 The popular Friday market ‘Shukrawari Bazaar’ will not be seen from next Friday as the encroachment team of the VMSS inspect the area on Friday and issue strict warning to sellers for not to sit there from next week. The market is running from Bhutdizampa towards Karelibaug road and the department received many traffic related complaints from the local people.

The market is very popular among the people of Vadodara as they get good deal in products of their choice. One can find every item from screw to television in the market and that too very cheaply. However the traffic problem remains the issue there and the market was shifted to places in couple of times in the past.

Earlier the market was running on Fatehpura main road but after the 2002 riots it was shifted to Bhutdizampa bus stand. However due to same problem it was shifted again and now runs from Bhutdizampa crossing towards Karelibaug road. Considered to be the hub for the small time shopkeepers once again the market is creating traffic chaos and VMC issued strict warning for not to sit there from next week.

The commuters has to take the route from Aryakanya school to go to Karelibaug as on Friday they are unable to use the road from Vehicle pool due to the market. Ward officer from VMC ward no.8 Maganbhai Vanzara said they have received numerous complaints from the local residents about the traffic chaos and their team issues strict warning to the vendors for not to sit there from next Friday.