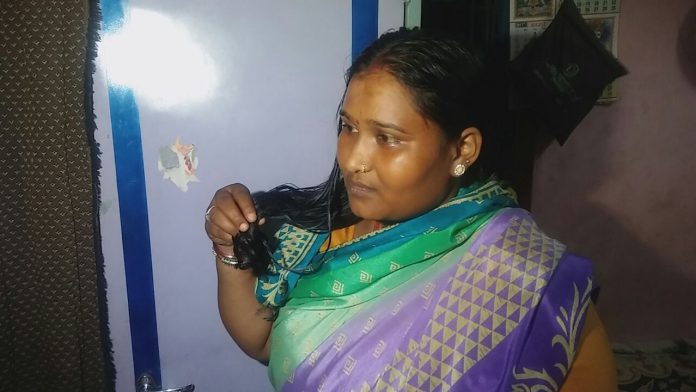 The sensational Ponytail cutting spree reached Vadodara as a house wife in Vadodara complained about her hair being cut by someone. The incident happened at the Shreenathji park society where the victim lived with her family.

It’s a routine day for Reena Prasad as her husband was away on job who is a tanker repairer. The children was also not at home as they were away for schools and tutions. Reena went for bath and when she came out she felt someone there but found no one there. But to her shock she found her hair was cut.

“I felt someone was there but found no one. I was frightened and suddenly I felt something dropped. I touched my hair and to my shock it was cut and shortened about 4 to 5 inches. I immideately called my husband and he took me to a maharaj who give me some pouch and told me to kept. I felt that someone cut the hair with the scissor but there was no sound and presence. But the only thing was that my head became heavy and I realised after the part of hair dropped on the ground,” said Reena Prasad.

However the incident sent shock waves in the mind of the residents specially the women. The incident somehow issued a challenge to the police who is seriously investigating in the incidents of ponytail cutting in the state. State Home Minister Pradipsinh Jadeja also gives a statement in Vadodara about the high level police team headed by DGP Geeta Johri to investigate in the matter and in less then 10 hours the incident in the city comes as a challenge and shocker to everyone.