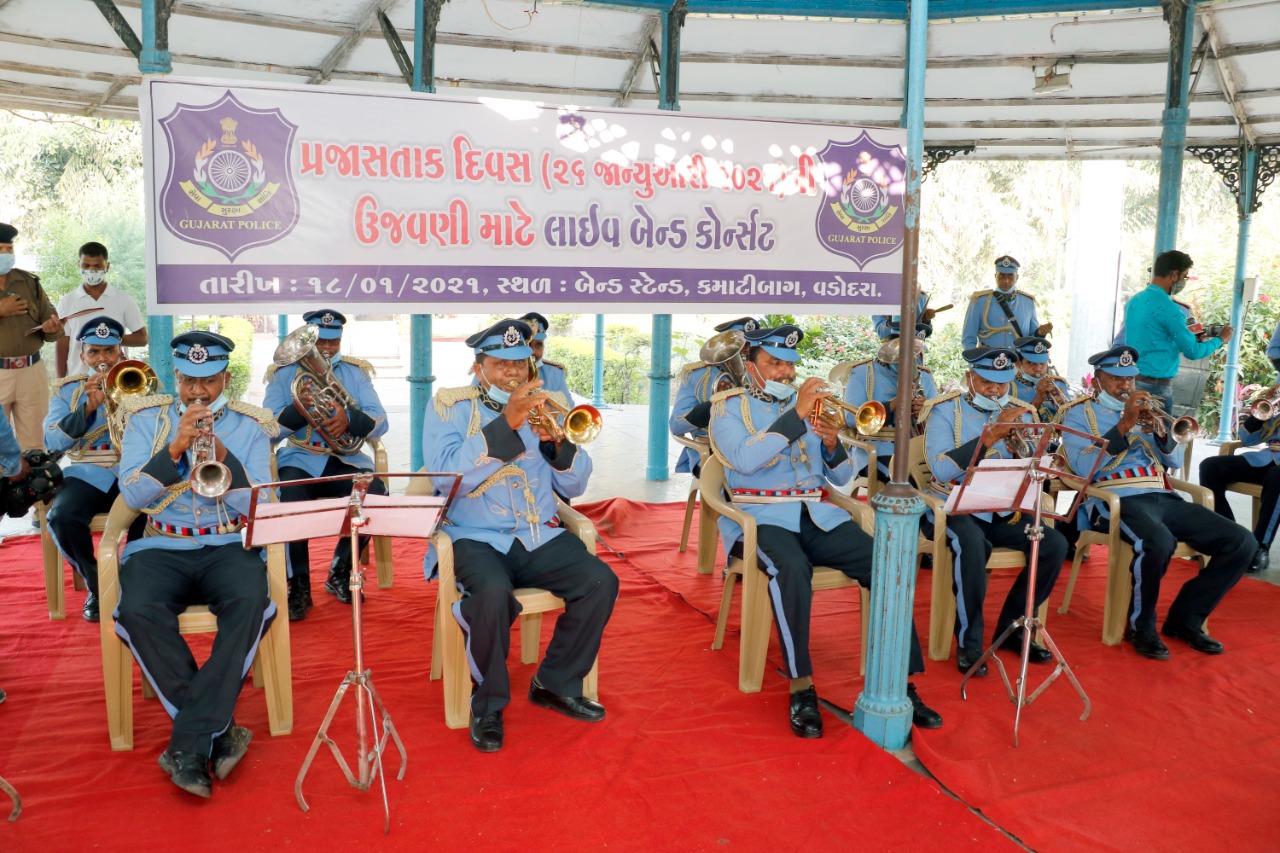 To raise awareness of Republic Day celebrations, under the guidance of Dr. MK Naik, Deputy Inspector General of Police, Armed Units, Vadodara, three bands of Gujarat Police performed at the Band Stand of Sayajibaug today as part of a national level live band concert proposed by the Ministry of Defence.

Deputy Superintendent of Police Hetal Patel said that SRP force bands from Valia (Bharuch), Godhra and Vadodara of Gujarat Police participated in the program organized in Sayaji Bagh on Monday evening and sang patriotic songs. The citizens had increased their enthusiasm by encouraging the musicians along with enjoying the music festival full of love for the country.