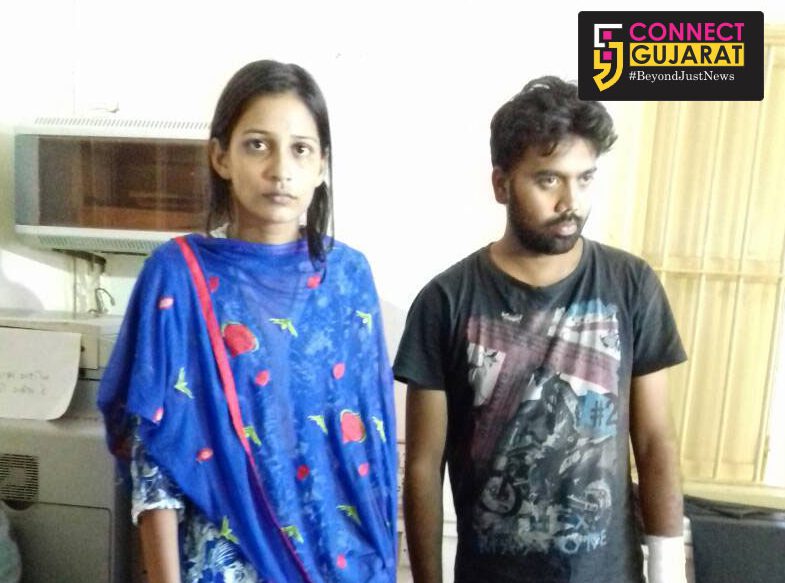 Vadodara police arrested the accused husband who murdered the boyfriend of his wife in the morning hours on Wednesday. The accused accepted in the primary investigation that during fight he received injury on his hand and that angered him and he inflicted series of injuries on the neck of the youth. He also had stitches on his hand due to the injury from the blade. However in this love angle and murder their two years old daughter is now alone without her parents. As per the details from Raopura police after killing Krishna Devkar the accused Milan Rao ran away from the back gate of Badamdi Baug and reached ST depot. From there he went to Anand in a bus from the depot. Here in Vadodara the police started their machinery to nab the accused at the earliest and arrested him late night based on his mobile location.

Police now is in the process to take the couple to the spot for the reconstruction of the whole incident. Police is strictly questioning both of them and tried to find out if anyone involved in the crime. The police also present the accused in the court for remand.