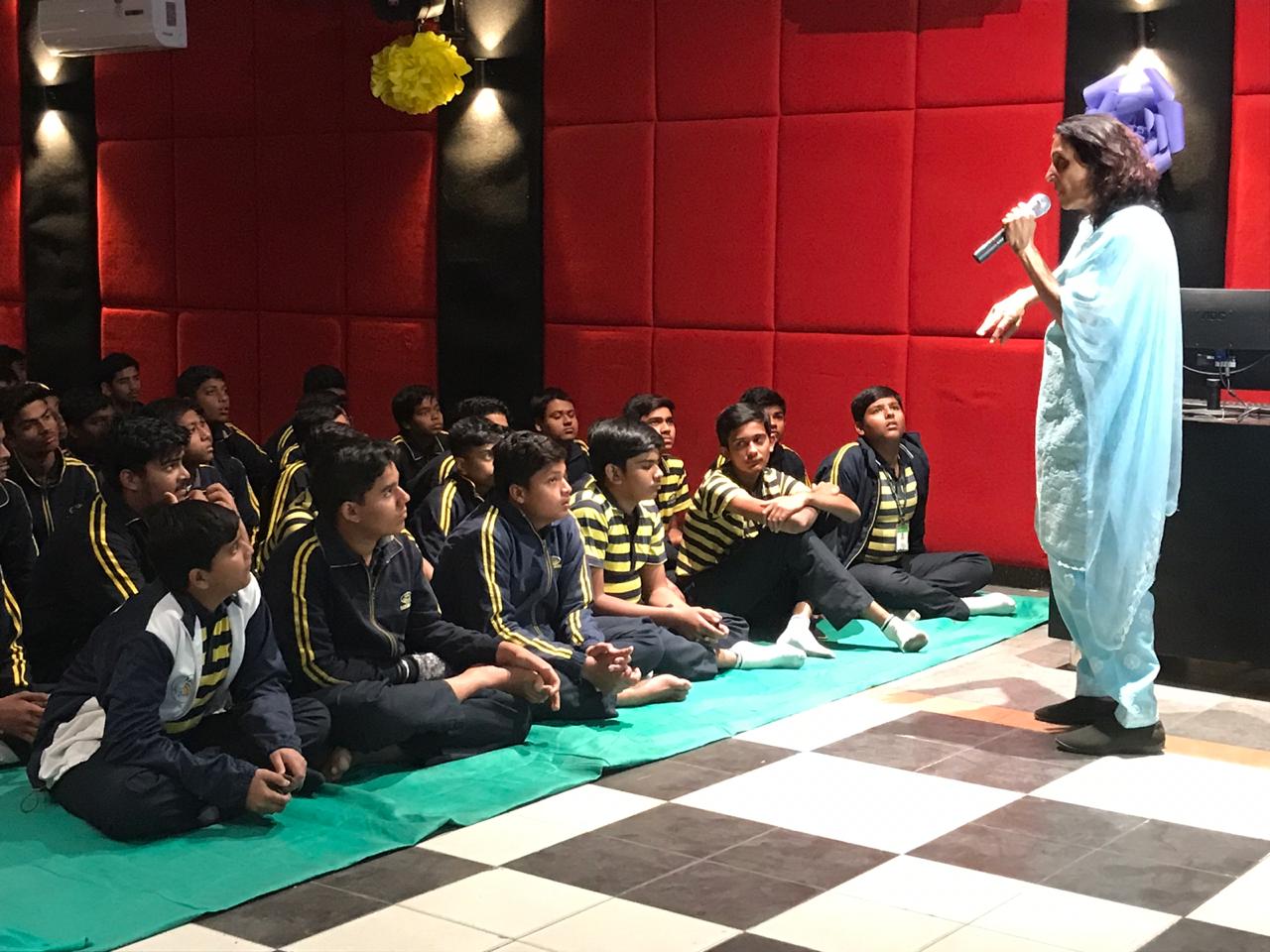 It’s an opportunity of lifetime for the students of Urmi School in Vadodara as they get the chance to interact with the ‘Polar Woman’ Dr. Madhubala Joshi-Chinchalkar. The Antarctica Lady received the title for wintering in Antarctica as a doctor accompanying team of scientists from India.

With special interest in Psychology, Dr. Madhubala Joshi-Chinchalkar has studied Clinical Psychology. She has been associated with the field of Mental Health since 2008, along with Anaesthesia after passing M. Sc. in Applied Psychology with first class.

In November 2016, she was selected as only doctor accompanying 36th Indian Scientific Expedition to Antarctica by Government of India under Ministry of Earth Sciences, National Centre for Antarctic and Ocean Research(NCAOR). As a member of wintering team, spending a year on ice she was based in Indian Research Station ‘Maitri’ during this period along with Indian scientists and logistic members.

During a live interaction the students were stupefied as Dr. Madhubala Joshi-Chinchalkar narrated her bizarre moments as a woman for spending an entire year on ice in the most adventurous expedition to the Antarctica. The questions were endless as the students and the teaching staff was inquisitive about the weather conditions and the experiences the team faced in this part of the world.

“As a woman you have to physically as well as mentally strong to stay there. The experience was good staying and work there for the entire year with the team of scientists from India. I shared the climate change, global warming and other experiences with the school students and make them understand to save the planet. I also shared the two Indian stations working there in the extreme conditions and the hard life. The facilities are now improving for woman there and I hope more females will visit Antarctica,” said Dr. Madhubala.

In Antarctica summer is for three months from December to February when there is midnight sun. Winter is from March to November and the most challenging period. The continent gets cut off from the rest of the world during this time. Polar night is for 3 months, when the sun does not rise. The students were left spellbound as they tried to digest each reality that Dr. Madhubala shared and thankful for being able to interact with the ‘Polar Woman’ which left them highly motivated to undertake such expeditions in the near future.