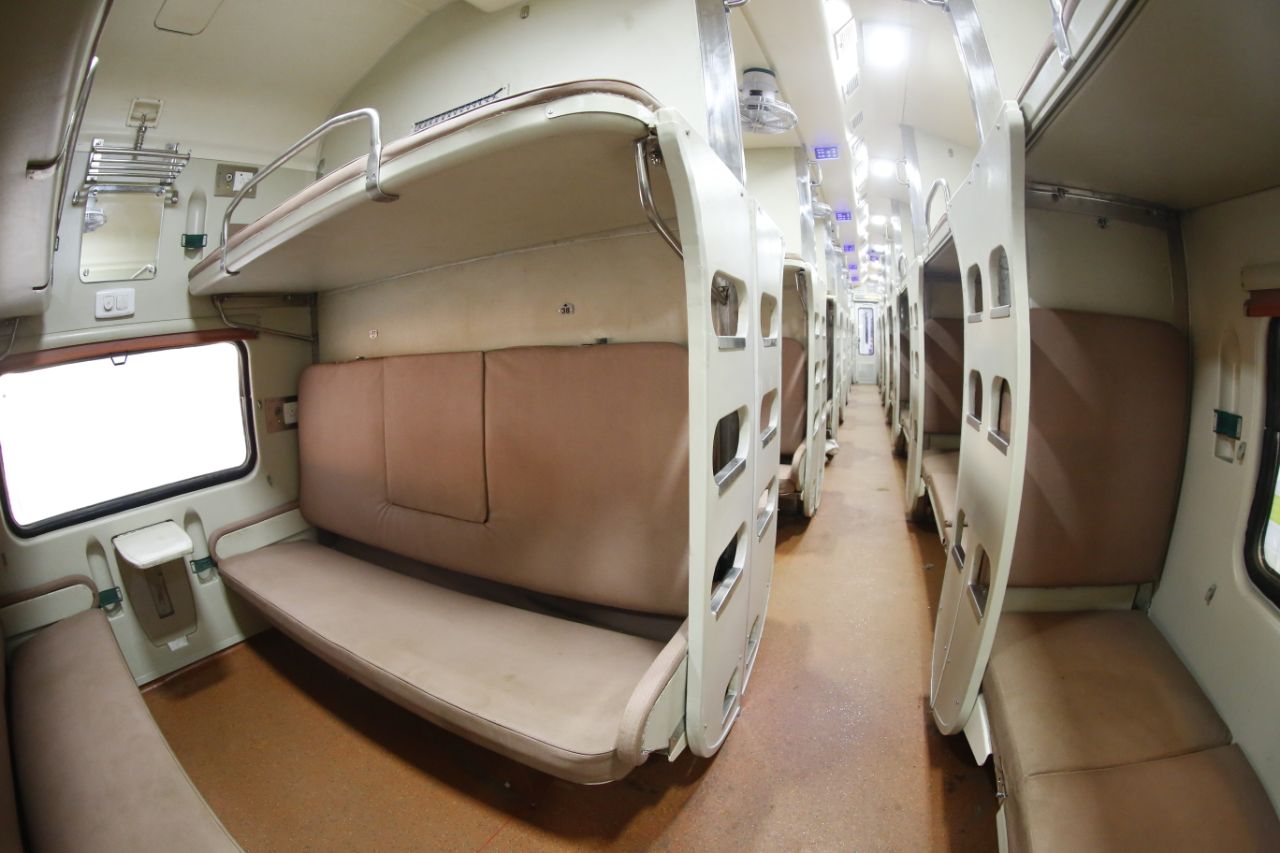 Mahamana Express is all decked up for its inaugural run between Vadodara and Varanasi. The railway staff is all engaged in the last minute preparations for the run schedule on 22nd September from Vadodara station.

Mahamana Express is considered to be one of the premium trains like the Rajdhani's and Shatabdi running on tracks for years. The train gives the passengers a new luxurious experience which they never see before in the trains. In short they get the aeroplane like facilities inside the coach.

The credit goes to Hindustan Fibre Glass Works which refurbish the old railway coaches into luxurious ones. "Its the pilot project from the railway ministry to give better design, styling, elegant colours, individual mobile charging sockets and many more to the passengers to make them feel the luxury inside. We redesign the old coaches of the railways and turned them into premium luxurious ones which gives the passengers value for their money," said Ashish Patel CEO Hindustan Fibre Glass Works Vadodara.

Prime Minister Narendra Modi will flag off 3rd Mahamana Express on 22nd September, 2017 to run between Vadodara and Varanasi through video conferencing from Varanasi. On this occasion Minister of Railways Piyush Goyal and Nitinbhai Patel, Dy. Chief Minister of Gujarat will be present at Vadodara station, while Manoj Sinha, Minister of State for Communications (Independent Charge) & Railways, Govt. of India will be present at Surat Railway station.

The train will halt at Bharuch, Surat, Amalner, Bhusaval, Itarsi, Jabalpur, Katni, Satna and Chheoki stations in both directions. The train will have I AC, II tier AC, Sleeper Class and II Class General Coaches. As a regular service from 27 th September, 2017, Train No. 20903 Vadodara – Varanasi Weekly Superfast Mahamana Express will depart from Vadodara on every Wednesday at 19.40 hrs and will reach Varanasi at 22.20 hrs the next day.

Similarly, in return direction w.e.f 29 th September, 2017, Train No. 20904 Varanasi – Vadodara Weekly Superfast Mahamana Express will depart from Varanasi on every Friday at 06.10 hrs and will reach Vadodara at 09.40 hrs the next day. The train will halt at Bharuch, Surat, Amalner, Bhusaval, Itarsi, Jabalpur, Katni, Satna and Chheoki stations in both directions. The train will have I AC, II tier AC, Sleeper Class and II Class General Coaches.

• Thermoplastic panel without visible screws for better safety and aesthetics.

• Use of LED lighting to enhance elimination and service durability while minimizing power consumption.

• Provision of fire extinguishers and garbage bins in all coaches