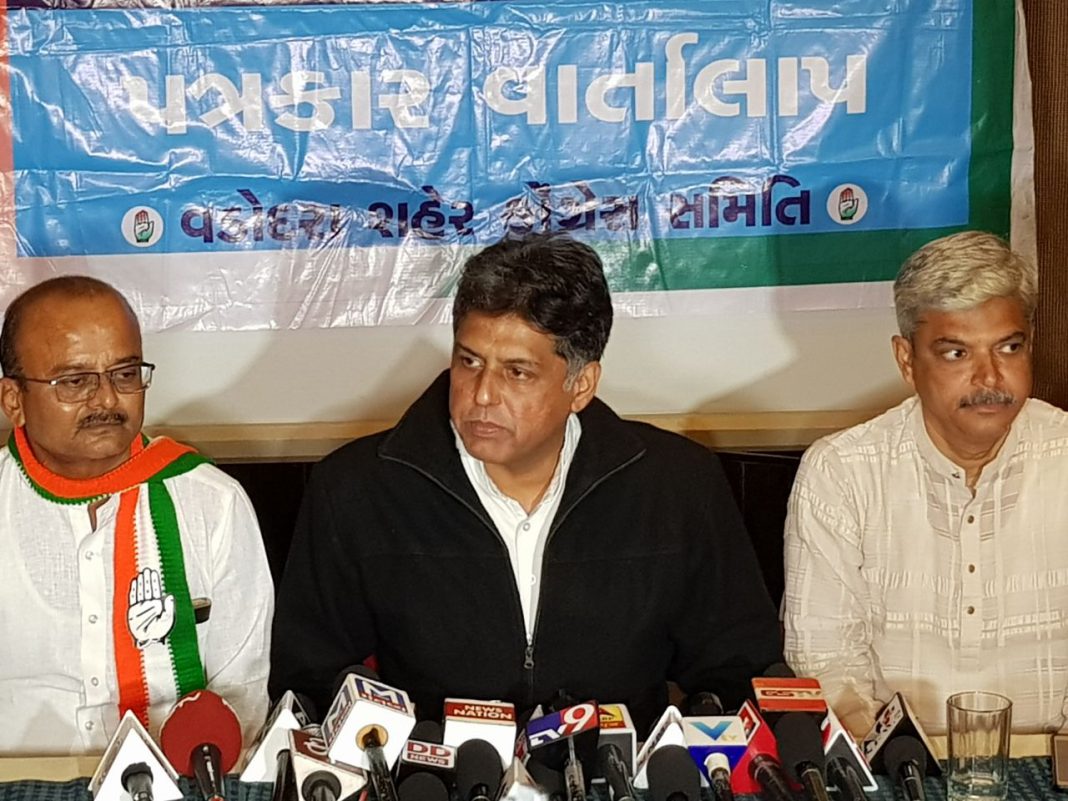 “PM wants to run Gujarat with two remote controls one he himself and another BJP President Amit Shah. The CM of Gujarat is also a Non Entity CM and now the people of Gujarat decide which type of government they want,” said Manish Tewari Congress national spokesperson.  He also said this time the people of the state needs change.

Manish Tewari was in Vadodara on Tuesday and attacked the PM and the BJP for mislead the youth of Gujarat. He said the scenario this time needs change.

“I have the privilege to watch Gujarat elections very closely in 2002, 07, 12 and 2014. This time I feel a revolution like in the air of Gujarat and the people are looking for a new morning. The PM himself seems confused and doing so much of meetings which I never seen earlier. The language he use is not what a person at the position of his uses and he must maintain the decorum of his post,” said Tewari.

He said the people of Gujarat needs change and they only can decide the fate of the candidates. “The government fails to keep their promise and that is the reason the state suffers. PM wants to run Gujarat with remote controls one he himself and another BJP President Amit Shah. The CM of Gujarat is also a Non Entity CM and now the people of Gujarat decide which type of government they want. The CM runs government from Gandhinagar or from Delhi with remote control,” said Tewari.

He said the Congress in its manifesto make the promises to the youth and the students which they fulfill. Affordable education, Regularise the Contractual and defixed jobs and bring down the price of petrol upto10 rupees.

On Patidar promise he said the decision is taken by very senior lawyers and people in the party and they will stick what they said. The reservation will be accordance with the constitution and anyone who wants to challenge it in the court they are ready for it.

Finally on EVM tampering he said there is a doubt in the people mind and they must clear it first. He said he don’t want that we go backwards to the ballot paper thing but the matter of EVM tamering is for further of greater debate as the doubt is inside peoples mind.