Connect Gujarat
#Beyond Just News
More
Home Gujarat PM Narendra Modi must maintain the decorum of his post and don’t... 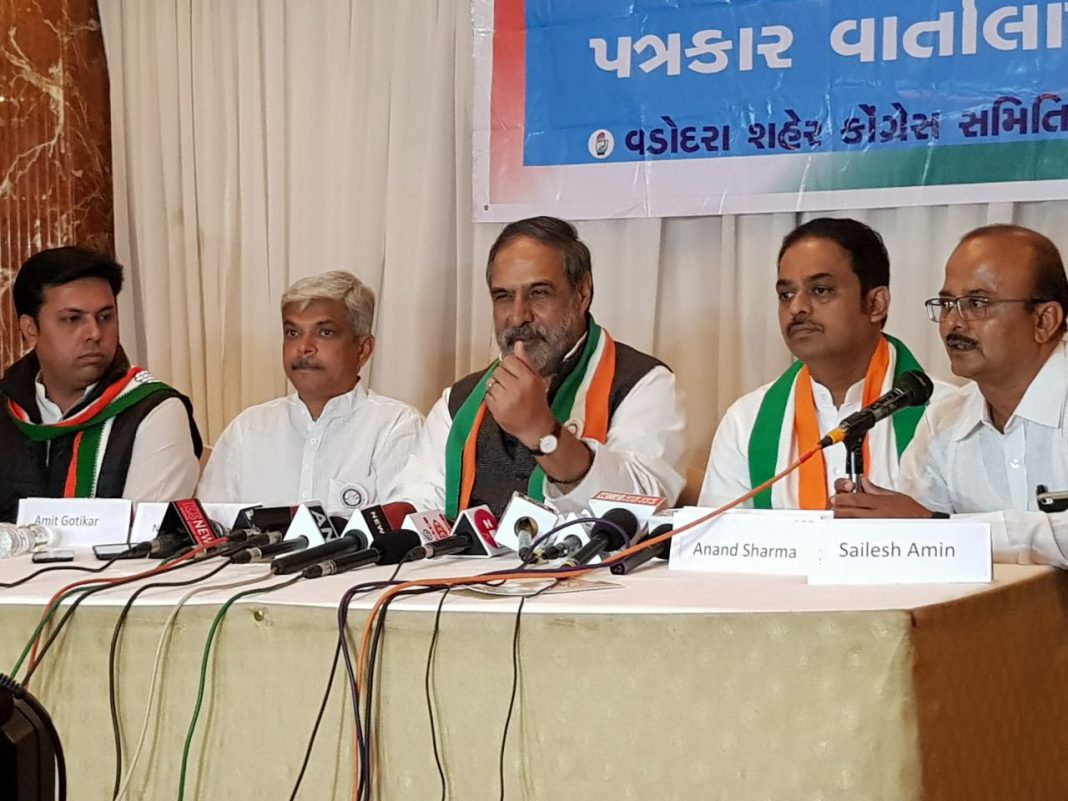 Congress national spokesperson and former Union Cabinet Minister Anand Sharma attacked Prime Minister Narendra Modi for using low level language in their speech against earlier PM’s of India. He also request him to maintain the decorum of his post and invite him for a open debate on any platform.

Sharma was in Vadodara as part of election campaign by the Congress party. He attacked the Prime minister for using foul language which is not good for a person sitting on such a position. He also accused him for taking wrong decisions which take the country further down in comparison to their rule.

“Prime Minister Narendra Modi is using the language which is more of a ego then humbleness. He must have maintain the decorum of his post. Secondly in the last 22 years there is no development in Gujarat and whenever we asked him the questions he simple ran away from the real issues. Demonetisation and GST are the hurriedly taken steps which takes the country further down from the place in our rule,” said Sharma.

He accused the PM and makes him responsible for the unemployment derives after the GST and Demonetisation implemented in the country. He said they proposed at the time of GST for a three months trial run but they never listen and the result is 141 circulars issued by RBI and finance ministry since it implemented. He said all suffers due to the decisions take by the Prime Minister.

Further speaking he accused the PM for not calling the winter parliament session as they are avoiding their questions like the Rafale deal. He invite the PM for a debate on any platform as everyone need answer for their questions including them.