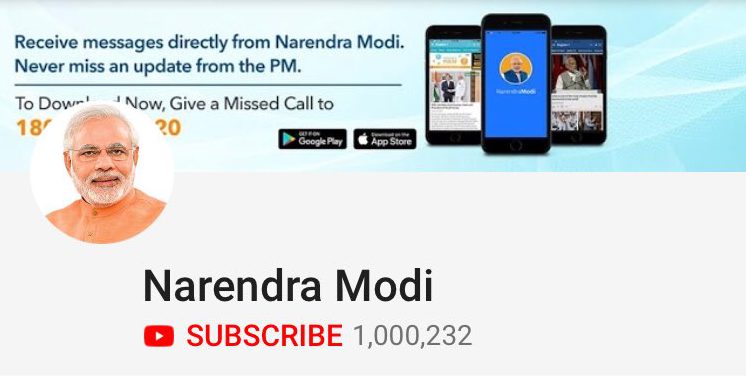 "Another testimony of the common people’s love and affection for Honourable PM Narendra Modi. Number of subscribers on his YouTube channel has crossed the 1 million bar," Union Minister of Health and Family Welfare JP Nadda tweeted.

The Prime Minister is quite active on YouTube and keeps uploading videos from his rallies, Mann Ki Baat, among other public gatherings.

Prime Minister Modi is the most followed Indian on Twitter with over 43 million followers.

Meanwhile, on Facebook also he has over 43 million followers.