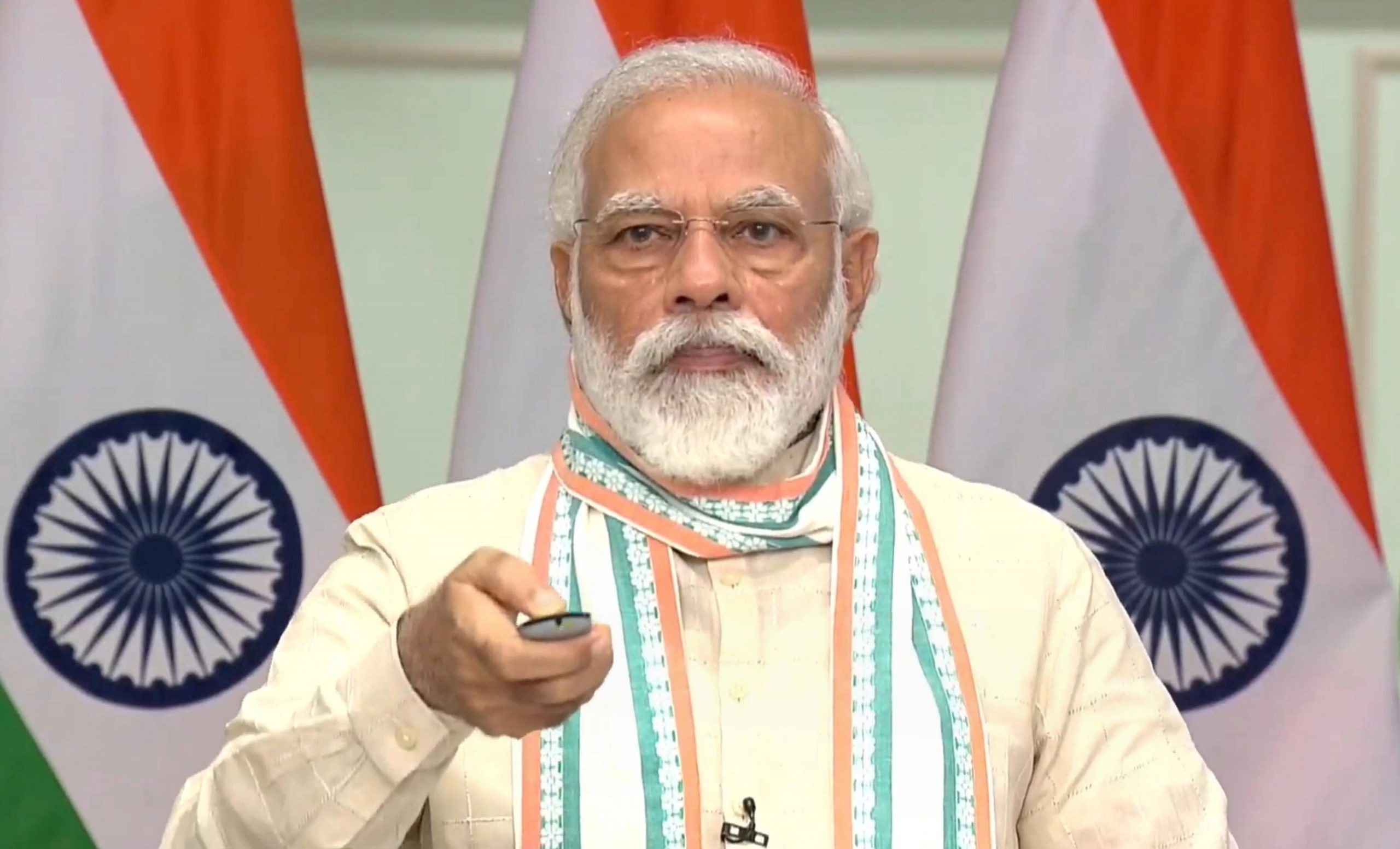 Prime Minister Narendra Modi will visit Assam and West Bengal today. In Assam, Mr Modi will dedicate important projects of the oil and gas sector to the nation at Silapathar in Dhemaji district this morning.

He will also inaugurate the Dhemaji Engineering College and lay the foundation stone for Sualkuchi Engineering College. These projects will usher in an era of energy security and prosperity, and open bright avenues of opportunity for local youth. They are in line with the Prime Minister’s vision of Purvodaya to drive Eastern India’s socio-economic growth.

In West Bengal, Prime Minister will inaugurate several railway projects in Hooghly this afternoon. In a series of tweet, Mr Modi said, the great soil of West Bengal has nurtured extraordinary individuals who have contributed towards national progress. He said, it is our vision and effort to ensure West Bengal gets top quality development.

AIR correspondent reports, on his third visit to the state of West Bengal within a month, Prime Minister Narendra Modi will inaugurate the extension of Metro Railway from Noapara to Dakshineswar, and flag off the first service on this stretch.

This 4.1 km extension has been constructed at a cost of Rs. 464 crore, fully funded by the Central Government. It will decongest road traffic and improve urban mobility. This extension will ease out access to the two world famous Kali Temples at Kalighat and Dakshineswar, for lakhs of tourists and devotees.

Prime Minister will also inaugurate the third line between Kalaikunda and Jhargram over a stretch of 30 km of the 132 km long Kharagpur-Adityapur Third Line Project of South Eastern Railway, which was sanctioned with an estimated cost of Rs. 1312 crores. It will help ensure seamless movement of passenger and freight trains on Howrah-Mumbai Trunk route.

On the other hand, Prime Minister will dedicate to the nation the doubling of Azimganj to Khargraghat Road section, which is a part of Howrah – Bandel – Azimganj section of Eastern Railway, which has been laid at a project cost of about Rs 240 crore.

These projects will ensure better operational fluidity, less journey time and enhanced safety of train operations, as well as boost the overall economic growth of the region.