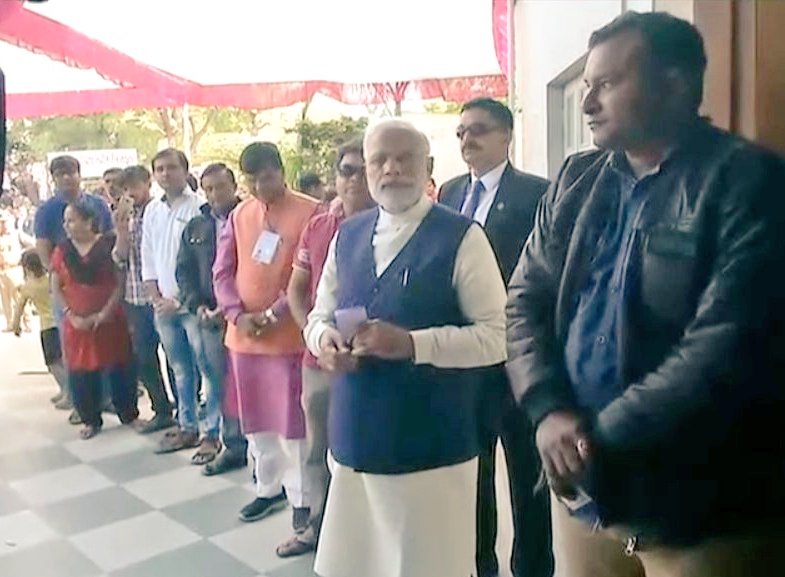 Gujarat vote in the second phase of elections and Prime Minister Narendra Modi also voted at Ranip in Nisan school in Ahmedabad just like a common man standing in line. 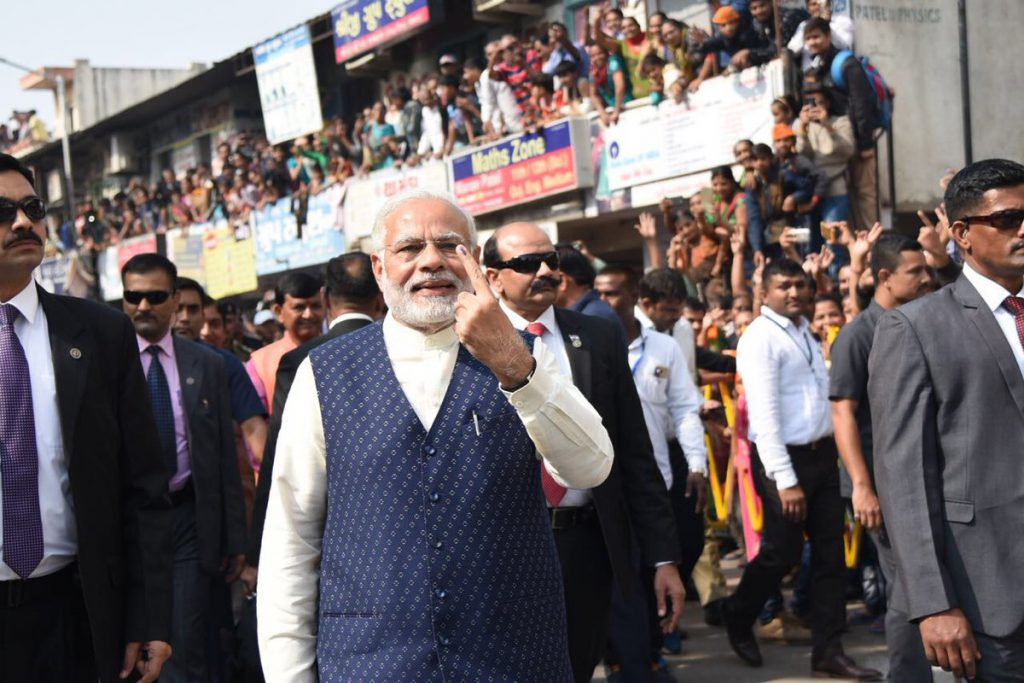 PM Modi vote for the first time after becoming Prime Minister of India. He took the blessings of his elder brother before cast his vote. 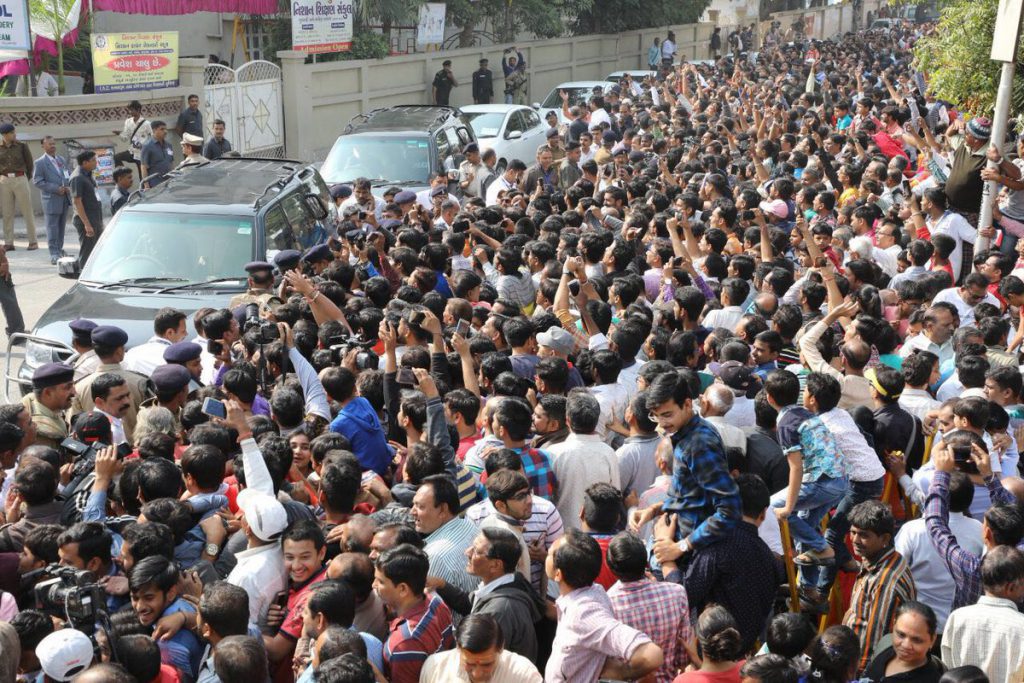 People outside the polling booth gathered to see the PM standing like common man in the line to vote. PM also thanked all for their respect.